Qantas Airways is celebrating its 95th birthday on Monday 16 November by officially unveiling a second Boeing B737-800 that has been painted in an historical ‘retro’ livery. 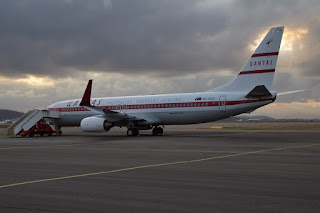 VH-VXQ - named 'Retro Roo II' - was in fact revealed at Townsville Airport late on Sunday 15 November, where it has been repainted by Flying Colours Aviation.  Local plane spotter - and fantastic supporter of the CQ Plane Spotting Blog - Dave was one of the first to catch a glimpse of 'Retro Roo II' as rolled out of the hangar for engine runs and promotional photos. 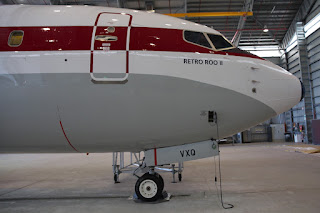 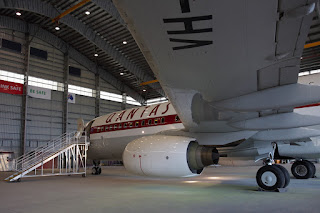 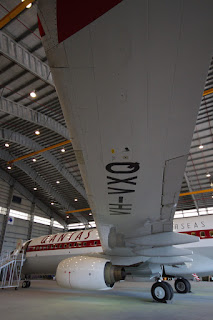 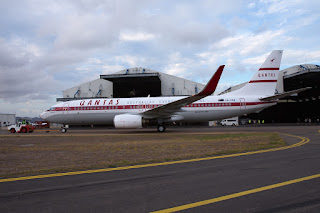 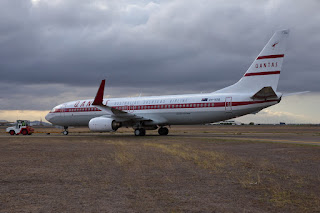 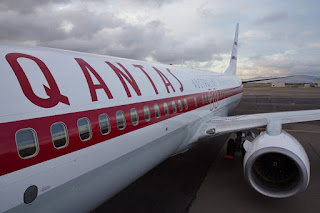 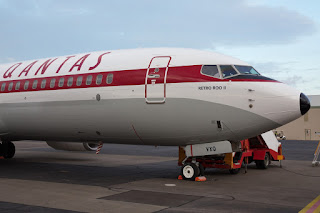 VH-VXQ has been re-painted into the original paint scheme that was introduced by the first jet aircraft that Qantas flew, the Boeing B707, when it first entered service in 1959.  A livery similar to that worn by former Qantas Boeing B707 VH-XBA (ex VH-EBA) which is on display at the Qantas Founders Museum at Longreach Airport.


In the wee small hours of Monday 16 November, Dave returned to Townsville Airport to capture some photos as VH-VXQ prepared to depart to Sydney where celebrations for the airlines 95th birthday and an official unveiling are taking place at the time of writing. 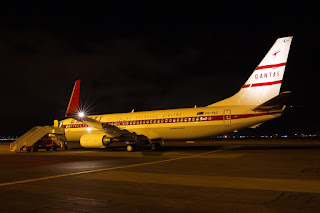 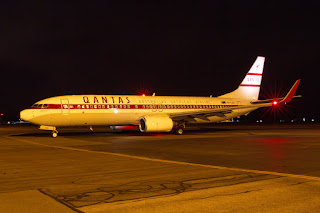 Qantas’ first retro jet, the original 'Retro Roo' B737-800 VH-XZP, which was delivered to Sydney fresh from Boeing’s Seattle factory last November, recently visited the 'home' of Qantas at Longreach Airport on Saturday 31 October on a charity flight from and back to Sydney.

Sincere thanks to Dave for allowing us to share his brilliant photos!