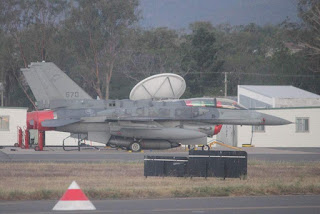 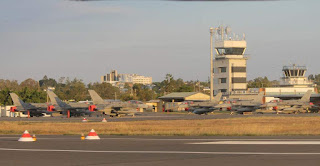 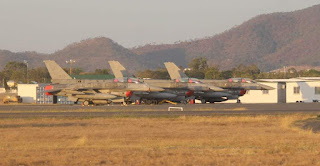 Local plane spotter Dan has sent through some great images captured over the weekend as the F-16s rested peacefully on the Northern military hardstand at Rockhampton Airport. 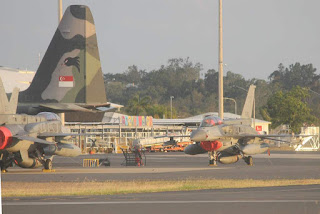 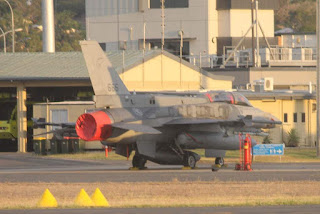 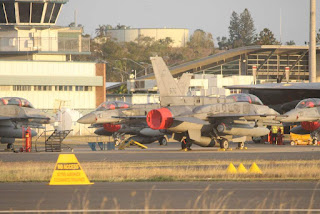 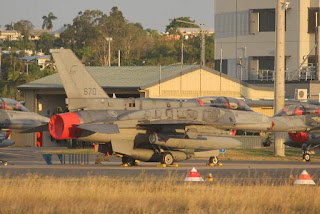 He also sends through a few final images captured last Thursday 5 November as the RSAF F-16s concluded their flying program out of Rockhampton Airport during Exercise Wallaby 2015. 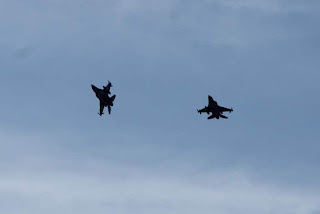 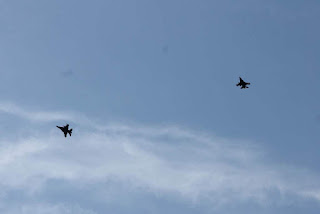 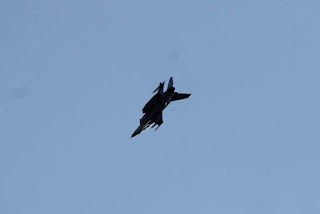 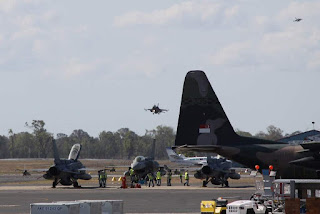 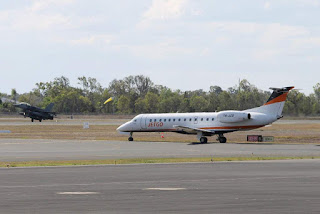 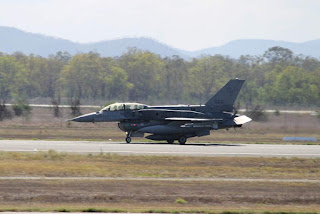 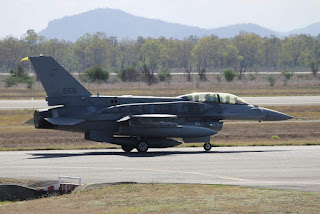 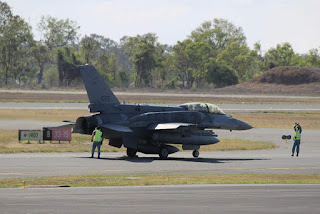 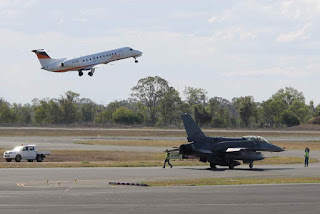 Finally, at Darwin Airport in the Northern Territory on Monday 9 November, local plane spotter Sid M captured a few great photos of RSAF Boeing KC-135R Stratotanker aerial refuelling aircraft - serial '750' - as it returned to Darwin after being tasked to provide air-to-air refuelling for the F-16s on their journey to Tindal. 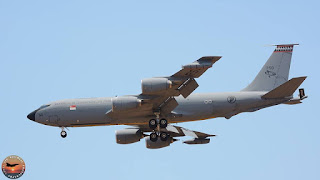 Sincere thanks to Dan, Kayanne, Scott and Sid for their assistance in me preparing this Blog post.