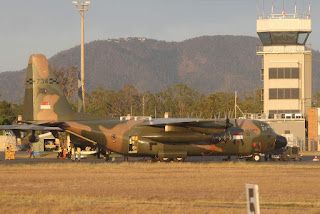 Local plane spotters Kayanne H and Trevor H were on hand at Rockhampton Airport early on Monday to capture some rare photos as the three RSAF Hercs all sat on the Northern military hardstand prior to their departures. 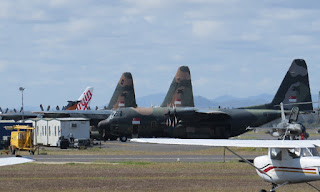 RSAF Hercules '734' was first to depart on Monday morning - it had arrived late last week and was captured by local plane spotter Kayanne H arriving back into Rocky on Saturday 7 November after completing a flight to Darwin (or Tindal?). 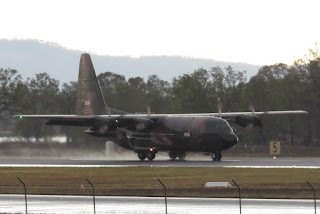 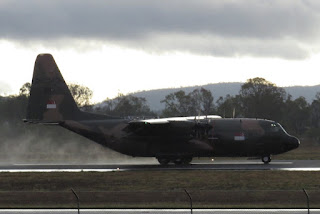 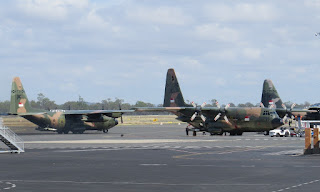 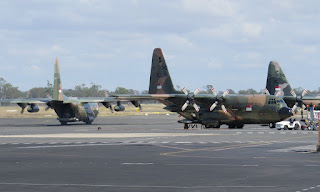 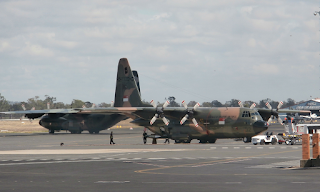 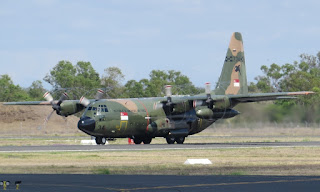 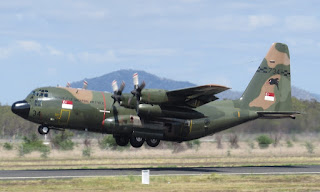 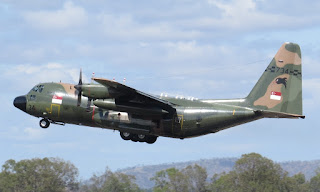 Shortly after, RSAF C-130H Hercules '735' - which has been based at Rockhampton Airport with the F-16s over the last couple of weeks - departed to Darwin as "Singa 9582". 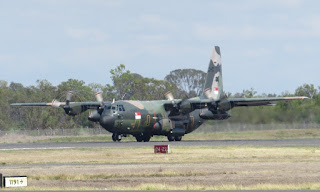 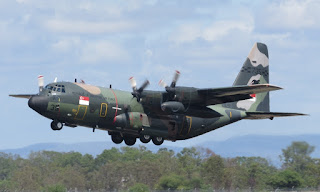 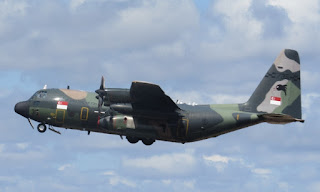 Finally, one of the surprise arrivals in the form of RSAF Herc '732' - which I presume arrived at Rockhampton Airport on Sunday 8 November - also departed to RAAF Base Tindal but as "Singa 9584". 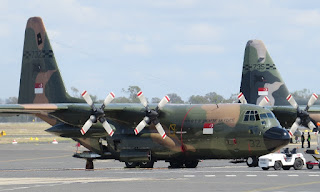 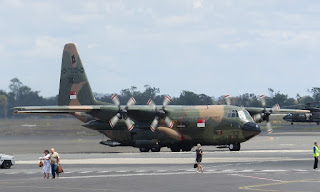 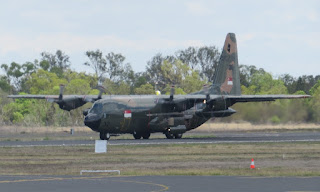 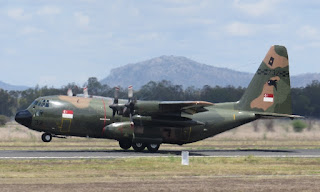 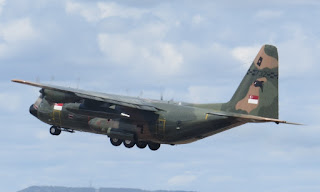 The departure of the Hercs and the F-16s sees all fixed-wing RSAF aircraft that were based at Rockhampton Airport during the Singapore Armed Force's Exercise Wallaby 2015 gone for another year.

As has been mentioned several times though, there remains Super Puma, Apache and Chinook helicopters still flying sorties out of Rockhampton Airport and 'Warriors Camp' adjacent to Rockhampton Airport for the next couple of weeks as Wallaby 2015 continues.

Thanks to Dan and Kayanne and Trevor for sending through these great photos of a great morning of plane spotting action!

Photos taken by Dan, Kayanne Hardsman and Trevor Hardsman  ©
Posted by Damian F at 8:00 AM