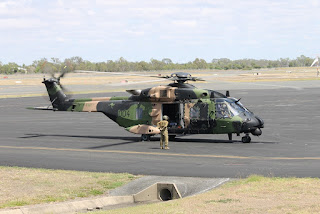 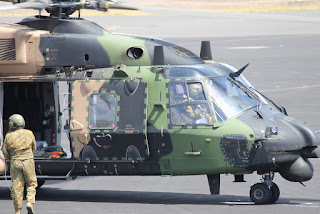 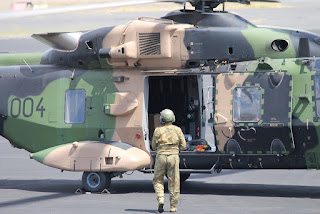 Information suggests that A40-004 arrived from the North, and after taking on fuel, departed to the South.

And as bonus, while the MRH-90 was on the ground, Dan was lucky enough to capture some images as Republic of Singapore Air Force (RSAF) General Dynamics (Lockheed Martin) F-16D Block 52 Version Fighting Falcon jets '670' and '676' took to the air on one of their final sorties to the Shoalwater Bay Training Area (SWBTA). 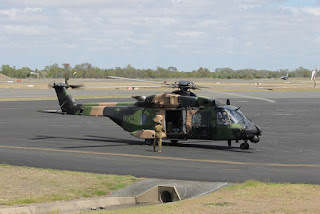 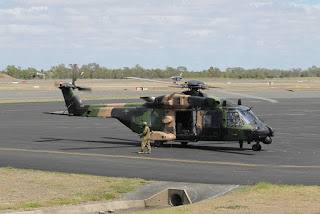 Reports suggest that the six RSAF F-16s currently based at Rockhampton Airport have now concluded their flying operations during the Singapore Armed Force's Exercise Wallaby 2015. 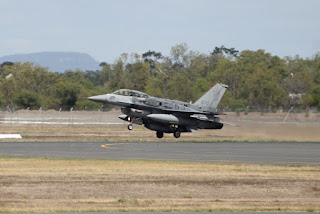 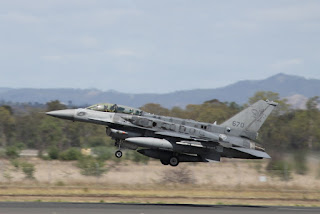 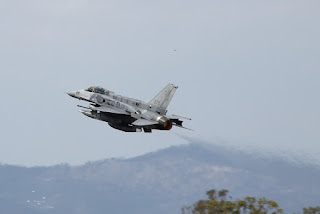 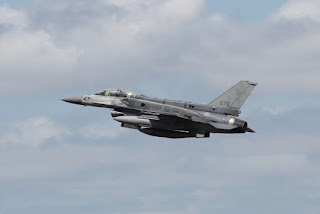 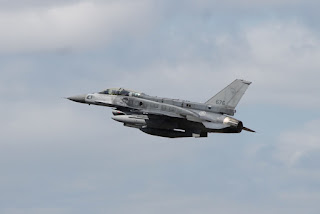 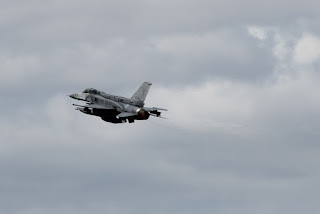 The six RSAF F-16s are expected to depart Rockhampton Airport direct to RAAF Base Tindal in the Northern Territory on Monday 9 November where they will join four RSAF McDonnell Douglas (now Boeing) F-15SG Strike Eagle fighter jets currently on Exercise in the 'top end'.

Thanks to Dan for taking the time to capture and send through these awesome photos!