Under gloomy skies with storms looming up from the West, the Volga-Dnepr Antonov AN-124-100 RA-82047 departed Rockhampton Airport late on Sunday 29 November for Darwin and Paya Lebar Air Base in Singapore as VDA1496. 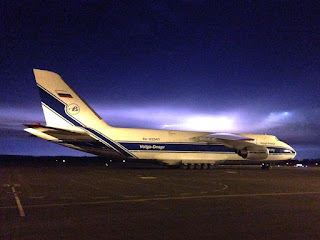 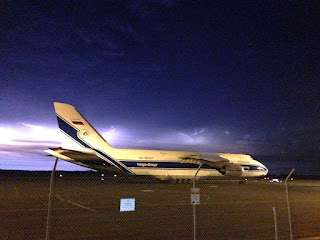 Local plane spotters Kayanne H and Scott H were on hand and send through some great photos as the giant Russian freighter prepared for departure. 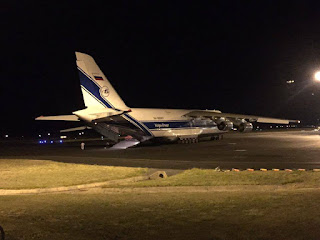 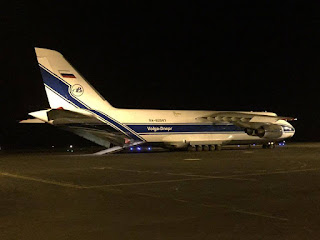 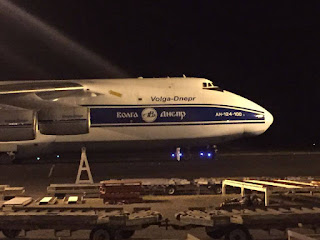 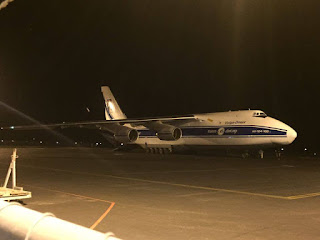 RA-82047 had earlier been loaded with the two Republic of Singapore Air Force (RSAF) Boeing CH-47SD Chinook helicopters that had been flying around from Rockhampton Airport and 'Warriors Camp' to the Shoalwater Bay Training Area (SWBTA) over the last couple of months during the Singapore Armed Force's Exercise Wallaby 2015.  Clint and Emma visiting from Dingo shared these two photos of the loading process. 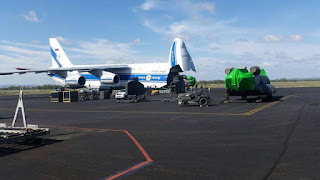 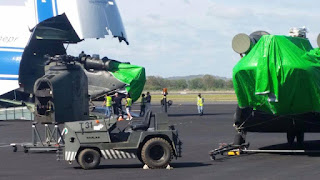 With the Antonov gone, this sees the final aircraft movement associated with Exercise Wallaby 2015.  We look forward to the RSAF helicopter and heavy passenger and freight jet aircraft action returning to Rockhampton Airport again in 2016!

Sincere thanks to Scott and Kayanne, along with Clint and Emma, for taking the time to capture and send through these great photos!