After a meeting on Thursday 19 November, I decided to pop out to Emerald Airport for a quick look around and managed to photograph a couple of scheduled flights along with one of the five Alliance Airlines Fly-Fly-out (FIFO) flights that call in during each week. 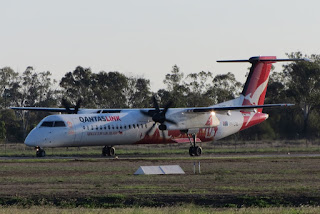 QantasLink Dash-8-Q400 Next Gen VH-LQL departed back to Brisbane as QLK2415. 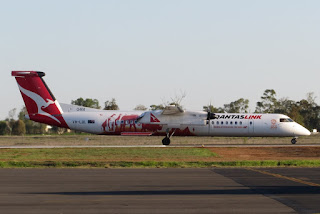 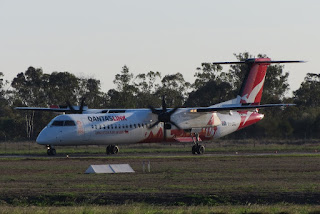 It was closely followed by Virgin Australia Regional Airlines (VARA) ATR 72-500 VH-FVI which also departed to Brisbane but as VOZ1266. 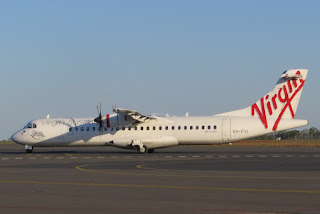 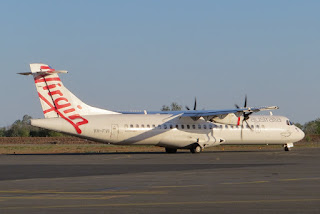 Also parked on one of the Emerald Airport parking gates - which is also perhaps the worst for photos - was Alliance Airlines Fokker F-70 VH-QQY which had earlier arrived from Brisbane as UTY4066. 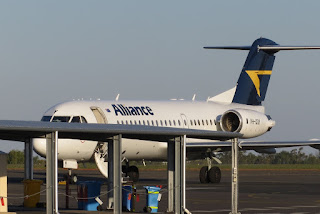 Meanwhile, on the South-Western corner of the parking apron, Toll Express Freight Metro III VH-UUO was being prepared for its week-nightly departure to Rockhampton and Brisbane as TFX111. 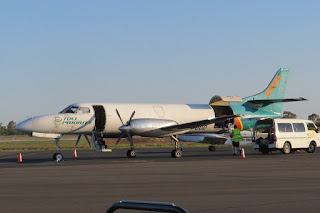 The Metro was being loaded with local freight and freight that had been flown in from Longreach and Barcaldine, as well as Middlemount, on board Advance Aviation Beech 58 Baron VH-FLZ and Piper PA-32-300 VH-MSR respectively. 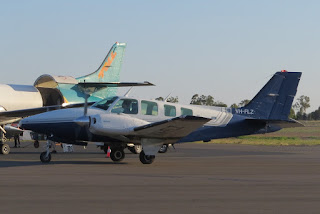 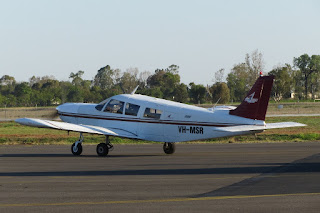 One final interesting pair of aircraft I spotted at Emerald Airport on Thursday 19 November were a pair of Bayswater Road / Australian Aerial Mapping (AAM) survey aircraft in the form of Reims Aviation F406 VH-EYQ and Cessna 404 Titan VH-LAD. 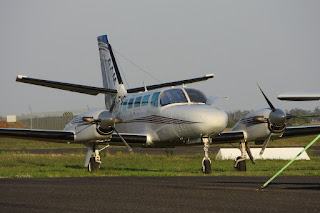 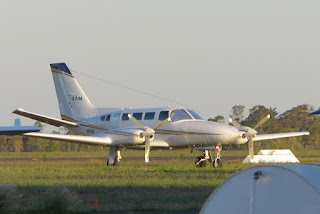 Finally, on Tuesday 17 November, Virgin Australia Regional Airlines (VARA) (Skywest Airlines) Fokker 50 VH-FNF departed Brisbane for Emerald on one of its twice-weekly FIFO flight but was forced to turn around during the flight and return to Brisbane with a 'technical issue'.


I then noted that on Wednesday 18 November, VARA ATR 72-600 VH-FVY looked to operate an 'additional' flight to Emerald from Brisbane and back as VOZ9109/9110 which I suspect was to transport stranded passengers as a result of VH-FNF breaking down.
Posted by Damian F at 10:36 PM