We know this isn't strictly a post about plane spotting in Central Queensland, but local plane spotter Tony H has very graciously allowed us to share a photo taken by him of Mackay-based Embraer EMB-550 Legacy 500 bizjet N142GZ as it approached Adelaide Airport in South Australia on Friday 20 November as it completed a flight from the sugar city. 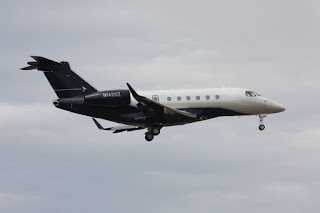 The smart little bizjet completed the near-2000km journey in around two-and-a-half hours.

Meanwhile, a familiar bizjet to call into Mackay Airport on Friday 20 November was the Queensland Police Service (Airwing) Cessna 560 Citation Ultra VH-PSU which yet again operated prisoner transfer flights out of Cairns and calling into Mackay, Rockhampton and Townsville.

VH-PSU also operated these flights on Monday 16 November and Wednesday 18 November, again calling into the CQ Airports above, along with Maryborough and Horn Island in Far North Queensland on Wednesday.

Finally, while we are sharing Tony's photos from Adelaide Airport, he also captured a couple of nice photos of Qantas Boeing B737-800 VH-VXQ "Retro Roo II" which has visited the Southern and Easter Australia state capitals at various times during the last week since its unveiling last Monday 16 November. 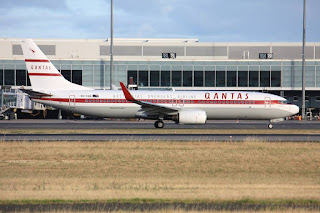 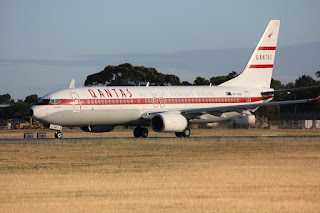 Sincere thanks to Tony for allowing us to share some more of his great photos from Adelaide!