Local plane spotter Kayane H was at the right place at the right time on Saturday 28 November to capture some great photos of the three Australian Army Boeing CH-47D Chinook helicopters that called into Rockhampton Airport briefly from the North. 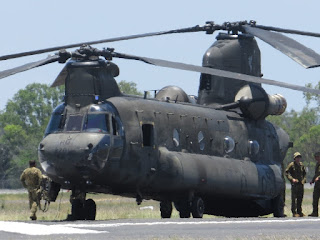 And she was even able to provide us with the identities of the three chooks which took on fuel and departed further to the South as "Brahman Red". 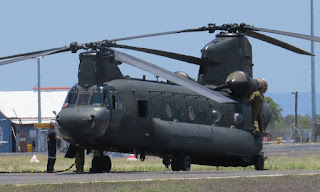 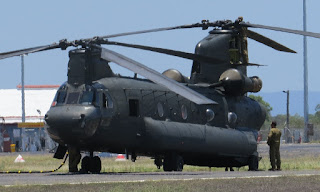 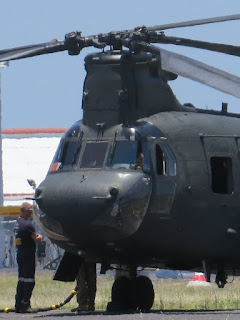 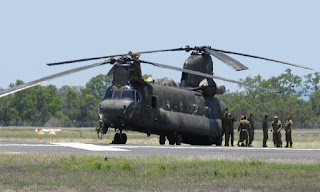 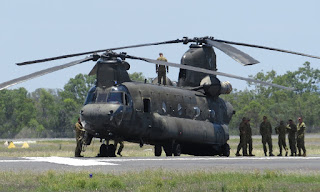 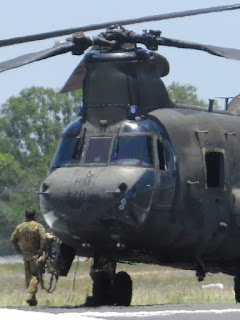 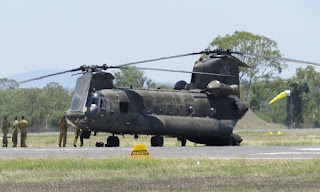 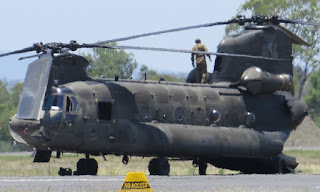 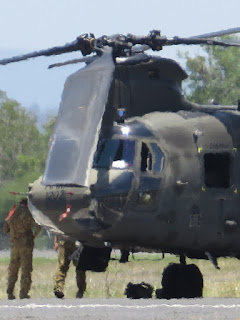 A little later and after returning home, Kayanne was able to capture one final image shortly after the three Army Chinooks departed Rockhampton Airport for the South.  The sight and sound was unmistakable!

Sincere thanks to Kayanne for taking the time to capture and send through these great photos of a great trio of visitors!

All photos taken by Kayanne Hardsman  ©
Posted by Damian F at 8:58 AM