As predicted, Volga-Dnepr Antonov AN-124-100 RA-82047 touched down at Rockhampton Airport early on Thursday 26 November after completing the relative short hop South from Cairns as VDA1673.

And a what a spectacular arrival it was with local plane spotter Kayanne H capturing these lovely photos as the massive Russian freighter lined up for final approach onto Rocky's Runway 33 around 7.30am.

Later, Kayanne ventured to Rockhampton Airport where RA-82047 was being loaded with the five Republic of Singapore Air Force (RSAF) Boeing AH-64D Apache helicopters in preparation for departure later on Thursday 26 November to Paya Lebar Air Base in Singapore via Darwin. 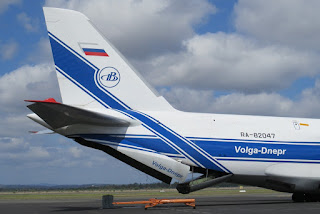 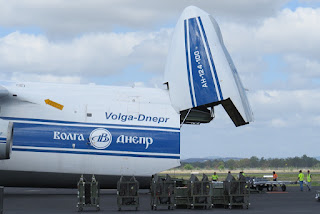 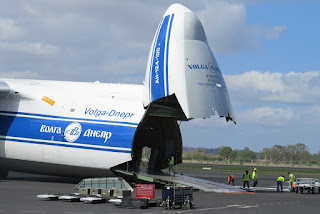 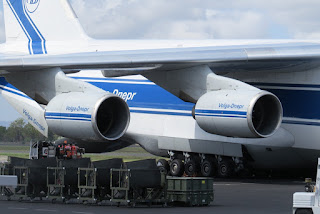 It is expected that RA-82047 will return to Rockhampton Airport early on Saturday 28 November and collect the two remaining RSAF Boeing CH-47SD Chinook helicopters and take them home to Singapore. 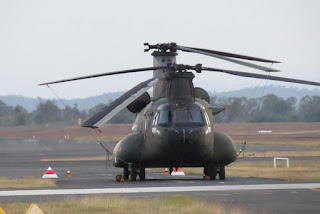 This will most likely mark the final aircraft movement associated with the Singapore Armed Force's Exercise Wallaby 2015.

Sincere thanks to Kayanne for sending through these great of photos from this morning's action!

Photos taken by the Kayanne Hardsman and 'IAD'  ©
Posted by Damian F at 9:51 PM