Certainly a momentous time late on Thursday 12 November as the Longreach Airport welcomed 'back' a special visitor in the form of pilot Michael Smith who, in April this year, left Melbourne, flying via Longreach, to begin a world trip in a Progressive Aerodyne SeaRey LSX amphibious aeroplane registered N473XP and named "Southern Sun". 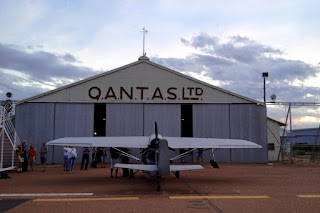 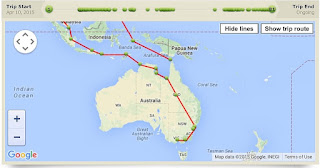 Michael's original flight plan was to loosely follow the Qantas Empire Flying Boat Route of 1938 from Sydney to London. However on reaching London, he decided to continue flying across the North Atlantic, North America, the North Pacific and back to Australia. 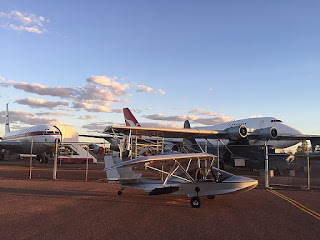 The Qantas Founders Museum welcomed Michael and "Southern Sun" back to Longreach Airport late on Thursday marking the historic moment when he became the first person to solo navigate the world by a single engine flying boat. 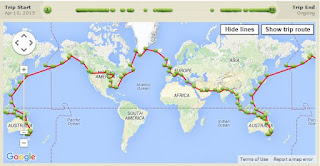 After arriving, Michael generously gave a presentation about his extraordinary trip in the Qantas Founders Museum Theatre.  To read more on Michael's remarkable journey and achievement, check out his blog at:  http://www.southernsun.voyage .

SeaRey is an American amphibious flying boat designed and manufactured by Progressive Aerodyne in Orlando, Florida, and now Tavares, Florida.  It was first flown in 1992.  The SeaRey website can be found at http://searey.com/ .

Congratulations to Michael Smith on an amazing achievement!
Posted by Damian F at 10:10 PM

Email ThisBlogThis!Share to TwitterShare to FacebookShare to Pinterest
Labels: Longreach