The familiar sight of Earth Commodities Cessna 550 Citation Bravo bizjet VH-CCJ was back in Central Queensland on Monday 16 November.  It initially touched down at Gladstone Airport from Brisbane before heading further North to Mackay Airport. 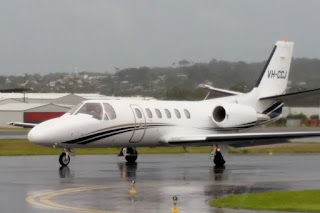 A little later on Monday, VH-CCJ returned back to Gladstone where it was staying for the night.

At the time of writing, VH-CCJ was due to shortly depart Gladstone on Tuesday 17 November for Bundaberg Airport and then later return to Brisbane. 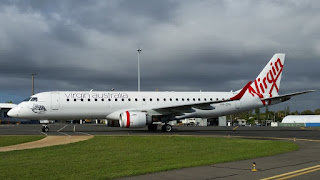 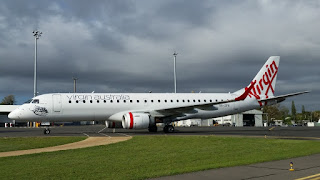 Virgin Australia E-190 jets continue to call into Gladstone on scheduled services from and back to Brisbane with around 1-2 touching down in the industrial city each day.