Last Friday 6 November I called into Mackay Airport very briefly - see Blog post below for a few other plane spotting photos - and one final notable aircraft I spotted was the Queensland Police Service (Airwing) Cessna 560 Citation Ultra bizjet VH-PSU which looked to be back on 'prisoner transport' duties. 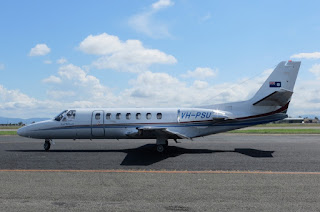 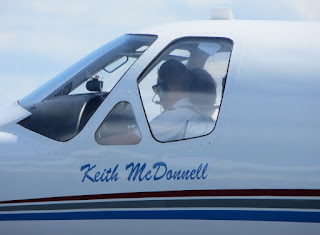 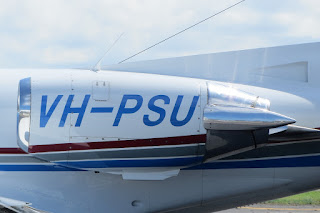 On Friday, VH-PSU was also noted calling into Rockhampton and Bundaberg, as well as Townsville and Cairns, on a day of flying which started and finished in Cairns.

It appears that VH-PSU also operated similar flights on Wednesday 4 November and then again on Monday 9 November. It also operated flights out of Cairns on other days to destinations including Lockhart River, Mount Isa and Mornington Island all in Far North Queensland.