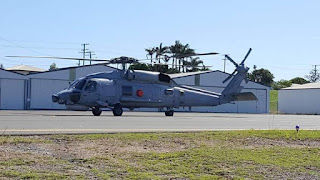 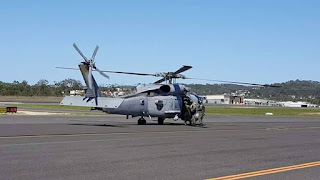 This photos above - shared on our Facebook page - show the Seahawk - flown by 816 Squadron - parked in front of the General Aviation (GA) hangars at Gladstone Airport where it is believed to have taken on fuel before departing onward to parts unknown.  It reportedly put on a show for local plane watchers before flying off as "Tiger 75".