Local plane spotter 'IAD' received a nice surprise during a lunchtime visit to Rockhampton Airport on Tuesday 17 November with a pair of Papua New Guinea registered Kawasaki BK117B-2 helicopters, which appear to be (or have been) operated by Heli-Niugini and registered P2-HBQ and P2-HBK, touching down in quick succession from Mackay. 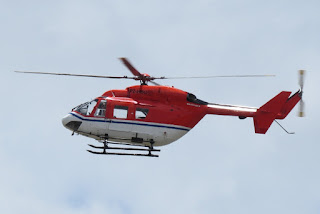 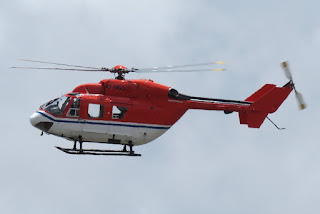 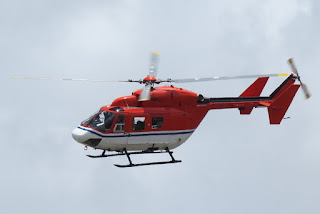 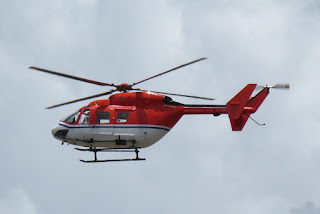 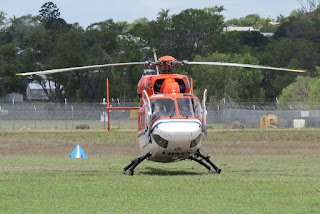 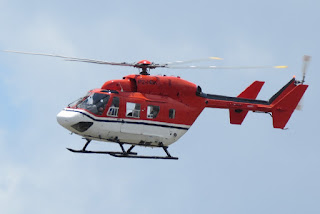 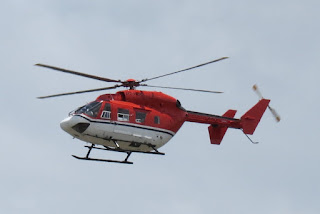 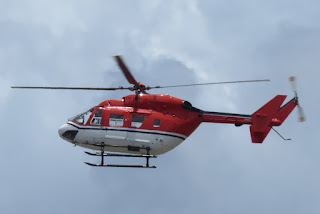 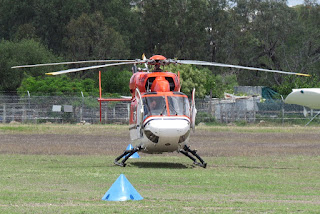 Both helicopters appear to be on a journey Southbound after they were noted arriving into Townsville late on Monday 16 November from Cooktown and Cairns. 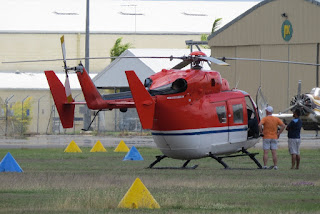 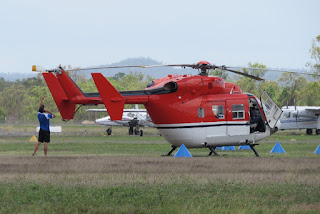 After stopping for fuel at Rocky, both helicopters departed in quick succession for Bundaberg and points further to the South. 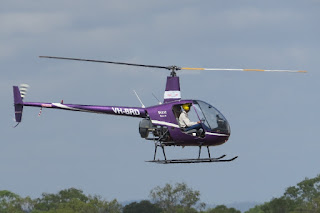 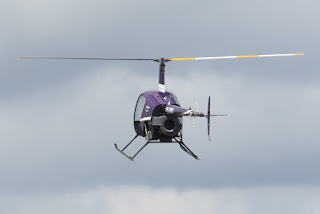 Sincere thanks to 'IAD', along with Kayanne H for sending through these great photos!

Photos taken by 'IAD' and Kayanne Hardsman  ©
Posted by Damian F at 7:16 PM