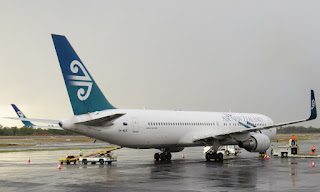 On this occassion, I believe that it may have positioned into Rocky from Singapore empty as it was noted using the flight number of ANZ6006 - usually indicative of such a flight. 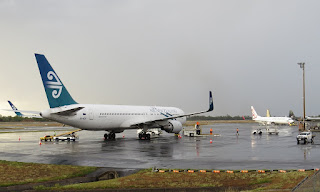 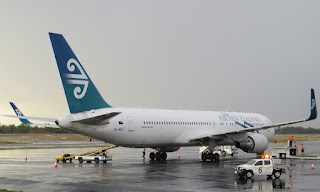 After taking on a load of passengers and freight, ZK-NCK later departed back to Changi Airport as ANZ1949 later on Saturday evening. This brought to an end the third of four waves of heavy jet passenger charter flights in support of the Singapore Armed Force's Exercise Wallaby 2015.

Of interest, ZK-NCK was noted returning to Auckland from Singapore as ANZ1988 on Sunday 8 November.

Meanwhile local plane spotter Dan took the skies on Friday 6 November and captured a couple of photos of ZK-NCK as it sat at Rockhampton Airport in the late afternoon sun after it had earlier arrived from Singapore. 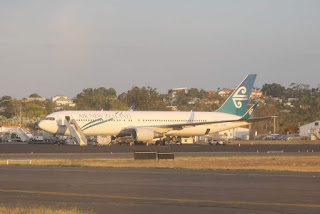 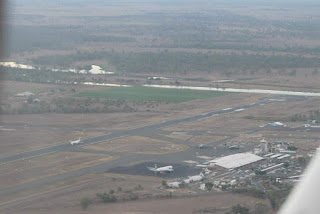 He also managed to capture a nice photos of Rockhampton Airport from on-high clearly showing the B767 parked on Gate 6 on the Southern end of the parking apron.

Photos taken by Kayanne Hardsman and Dan  ©
Posted by Damian F at 9:00 PM