Late on Monday 23 November, Virgin Australia Boeing B737-800 VH-YFT has operated a scheduled service into Gladstone Airport from Brisbane as VOZ1719. It was due to stay overnight and depart back to Brisbane early on Tuesday 24 November as VOZ1708.

Meanwhile, Col captured some photos on Sunday 22 November of another pair of Virgin Australia jets at Gladstone Airport with Embraer E-190s VH-ZPQ and then VH-ZPE visiting in quick succession on scheduled services from and back to Brisbane. 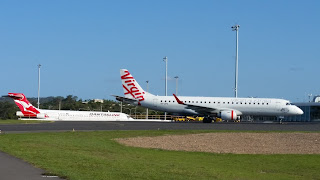 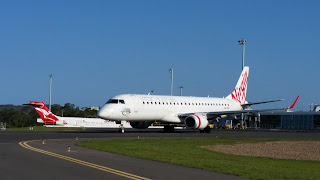 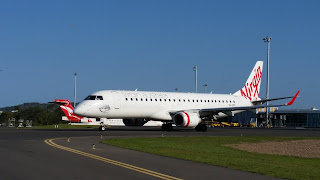 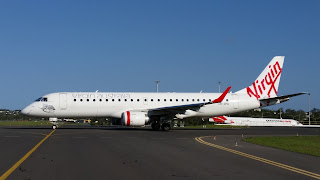 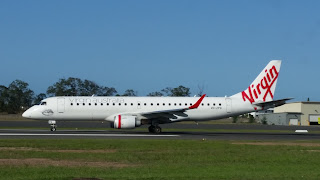 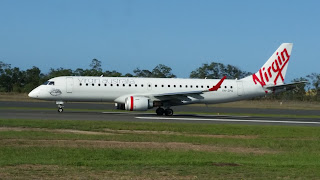 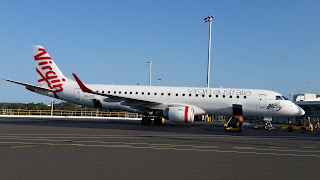 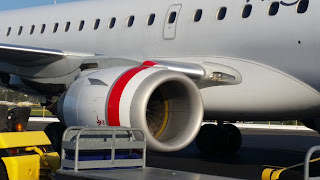 It was suggested that VH-ZPE may have been one of the last Virgin Australia jet services into Gladstone Airport given a recent reported downturn in Fly-in Fly-out (FIFO) demand from local industry.  However, this doesn't seem to be the case with, also on Monday 23 November, Embraer E-190s VH-ZPN and VH-ZPQ also calling in along with the B737-800 VH-YFT!

In fact, as this post is being written, early on Tuesday 24 November, I note that Virgin Australia Embraer E-190 VH-ZPJ is currently enroute to Gladstone operating the early morning VOZ1707 service from Brisbane!

So, the jets continue into Gladstone!