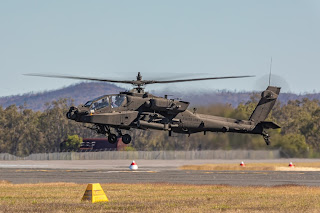 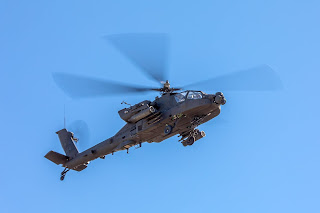 Until now, the Apache has spent more than a week parked at Rockhampton Airport after it flew up from the Gladstone Port where it arrived from overseas late last month.

Also on Sunday 14 July, US Army Sikorsky UH-60M Blackhawk helicopter (**-)20401 called into 'Camp Rocky' - the Australian Army Defence Support Unit (DSU) camp adjacent to Rockhampton Airport - flying from and back to Shoalwater Bay as "Bigfoot 01".  Local plane spotter Daniel B was also on hand as it arrived. 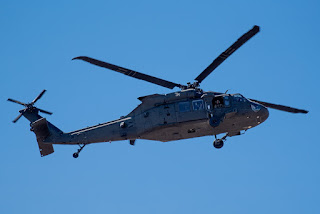 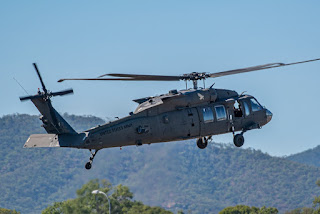 While an unidentified US Army Sikorsky UH-60L Blackhawk helicopter completed what was believed to be a medical evacuation flight also into Camp Rocky from and back to Shoalwater Bay as "Dustoff 43" also on Saturday 13 July.