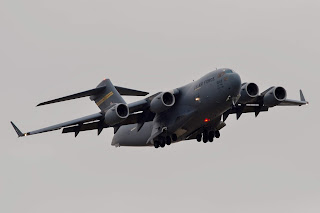 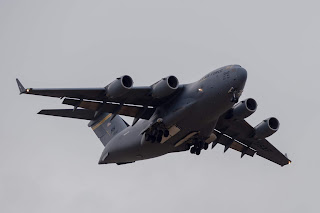 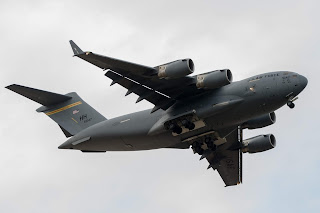 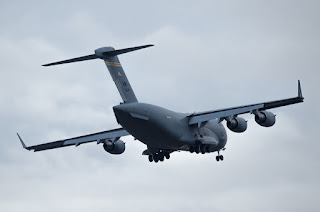 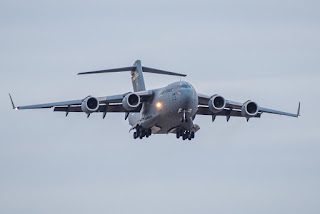 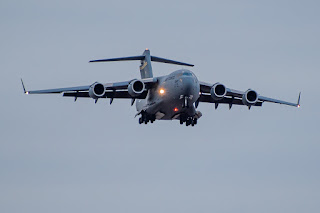 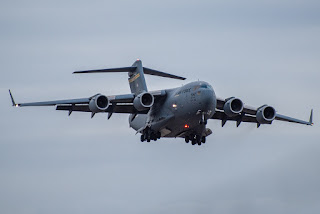 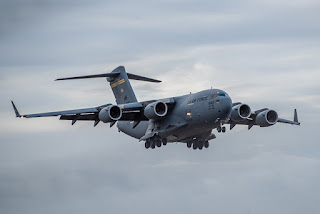 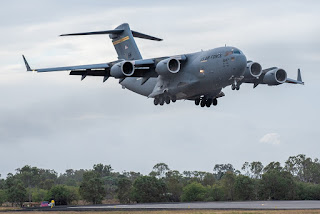 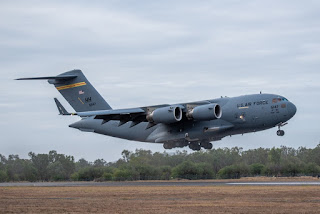 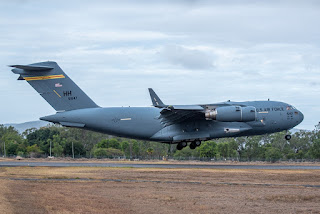 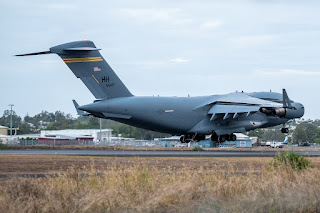 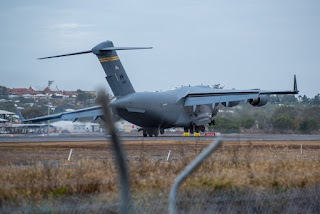 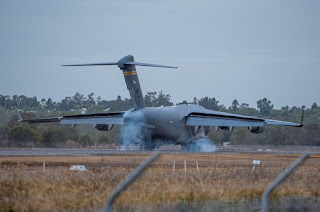 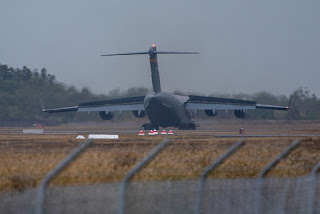 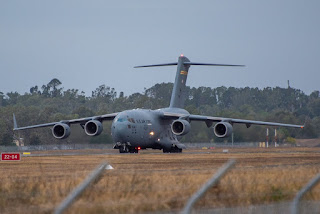 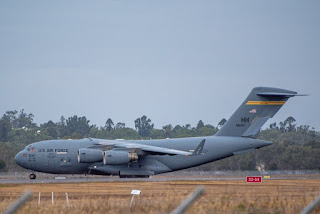 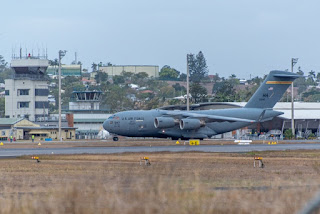 It arrived direct from Hickam Air Force Base in Honolulu, Hawaii as "Trek 26" and was parked on the Northern Military Hardstand parking area on the Rockhampton Airport apron. 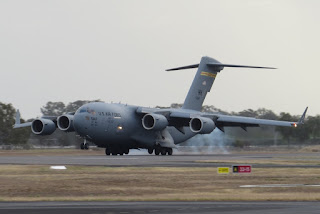 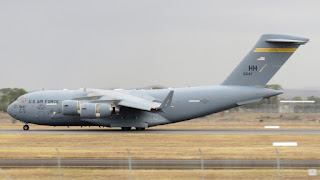 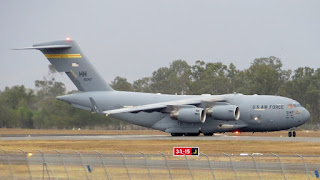 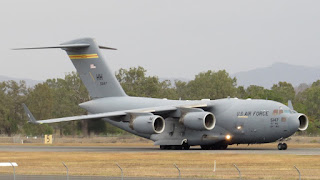 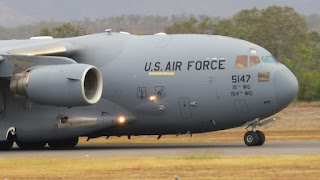 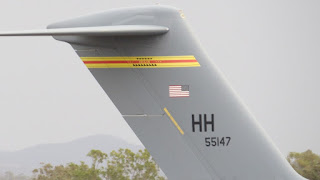 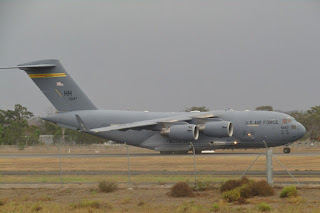 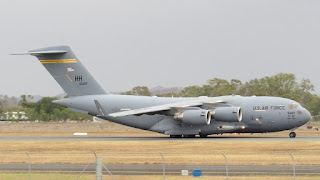 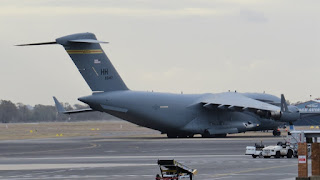 At the time of writing, it appeared that 05-5147 was being prepared for an overnight stay with a departure rumoured to be as early as Friday 5 July.

Of interest, 05-5147 is flown by the 535th Airlift Squadron which is part of the 15th Wing (15 WG) based at Joint Base Pearl Harbour-Hickam, Hawaii.  The wing reports directly to the commander, Pacific Air Forces (PACAF).  It also wears the insignia of the 154th Wing (154 WG) which is a unit of the Hawaii Air National Guard, which is also stationed at Hickam Field, Joint Base Pearl Harbour-Hickam. If activated to federal service, the Wing is gained by Pacific Air Forces.