Local plane spotter Ben O loves all things military and has a keen eye for detail.  It should come as no surprise then that he has sent through some more great photos of the two Royal Australian Air Force (RAAF) British Aerospace (BAe) Hawk 127 jet training aircraft that arrived at Rockhampton Airport on Monday 6 July - A27-013 and A27-033 - with an interesting observation! 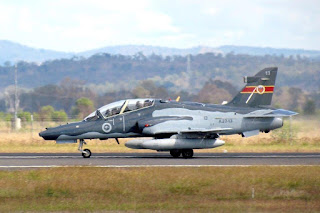 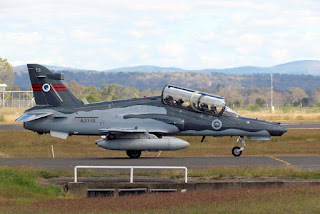 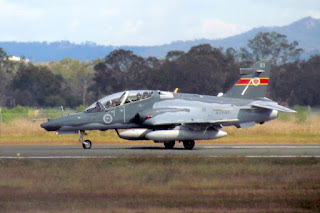 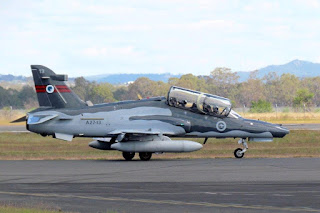 He points out that both Hawks wear the tail bands of both No. 79 Squadron on the port side and No. 76 Squadron on the starboard side.  I assumed that both of these Hawks - and the Hawk that visited Rocky last week - A27-04 - were all flown by No. 76 Squadron out of RAAF Base Williamtown in New South Wales.  However, it is interesting to note that they also wear the tail band of No. 79 Squadron which is based out of RAAF Base Pearce in West Australia.