On Tuesday 7 July, another two Royal Australian Air Force (RAAF) British Aerospace (BAe) Hawk 127 jet training aircraft touched down at Rockhampton Airport from RAAF Base Williamtown in New South Wales.  These two Hawks were identified as A27-07 "Puma 51" and A27-17 "Puma 52". 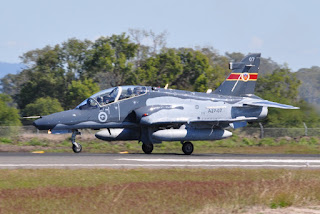 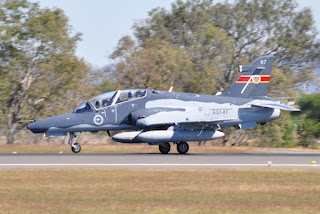 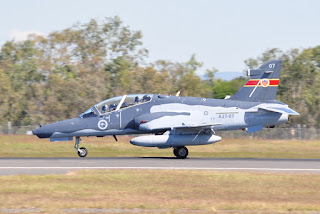 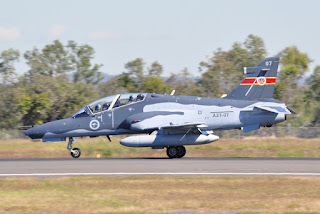 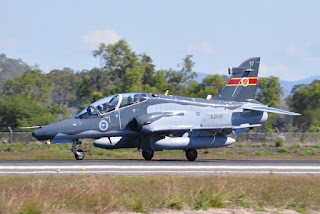 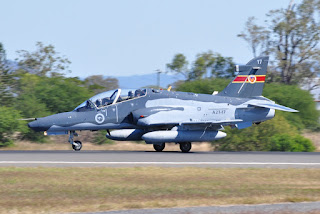 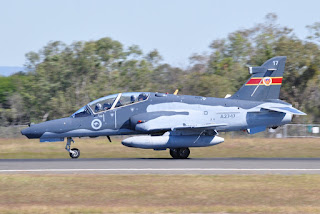 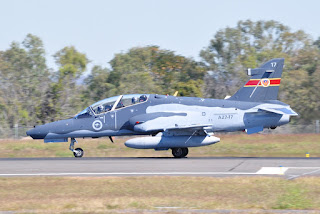 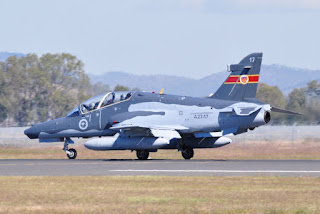 It was again interesting to note that as these two Hawks joined the Hawks that arrived yesterday, also from Williamtown, they both also wear the tail bands of both No. 79 Squadron on the port side and No. 76 Squadron on the starboard side. 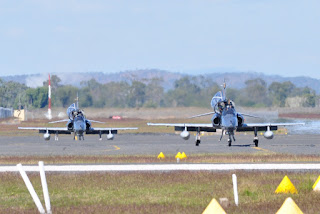 Meanwhile, the RAAF BAe 127 Hawk jets have commenced flying sorties to the nearby Shoalwater Bay Training Area (SWBTA) on Tuesday 7 July in support of the Australian Army's Exercise Hamel and joint Military Exercise Talisman Sabre 2015.  Hawk A27-13 departed late morning for the Bay as "Tiger 61", returning some two-hours later. 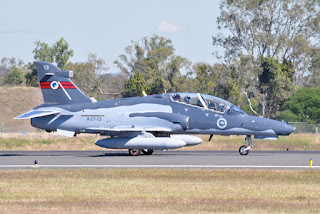 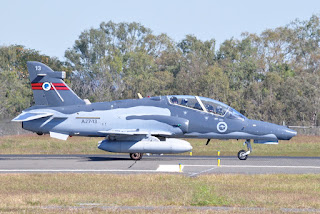 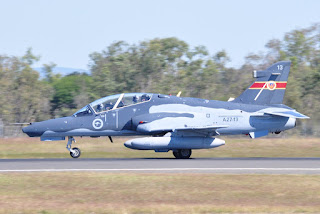 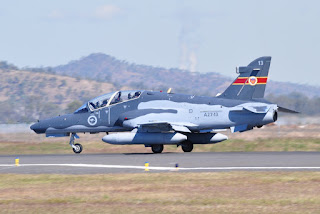 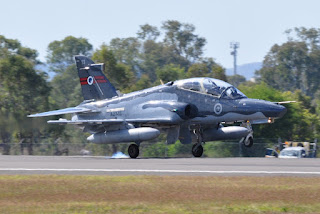 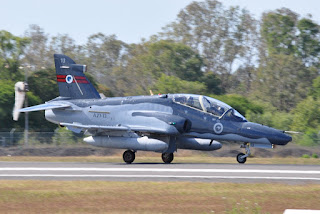 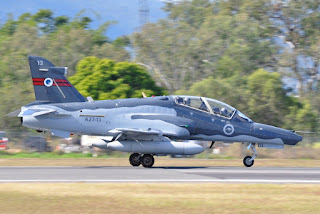 Later in the day, RAAF Hawk A27-07 "Puma 51" also departed Rockhampton Airport on a two-hour sortie Shoalwater Bay.  It returned just as the sun was setting on what turned out to be a spectacular day of plane spotting! 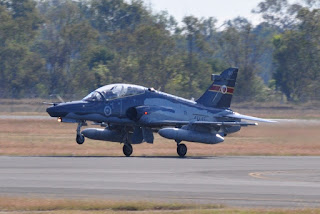 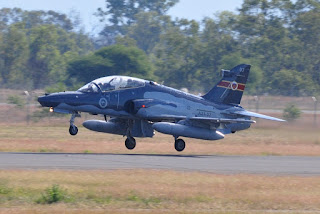 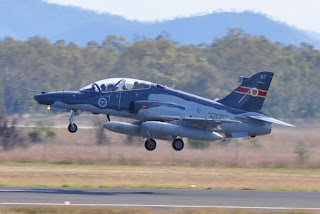 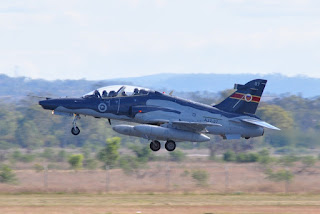 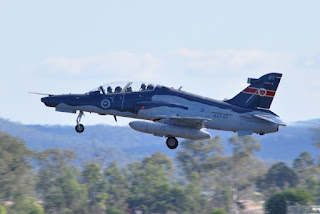 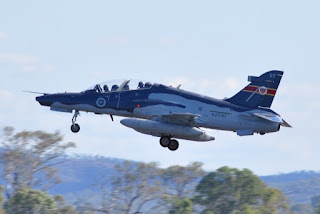 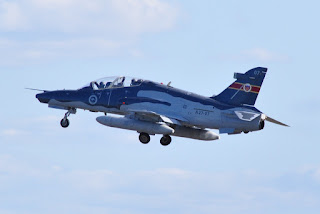 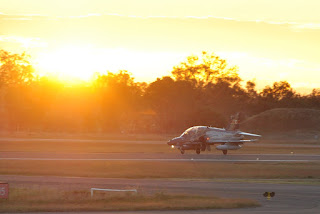 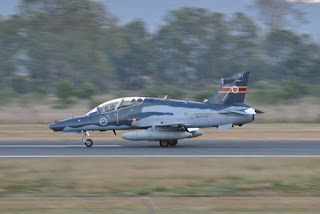 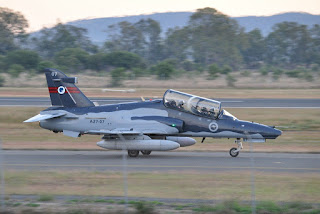 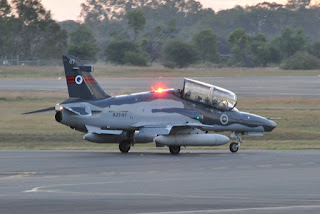 Stay tuned to the CQ Plane Spotting for another two posts full of photos from Tuesday 7 July - it was certainly a day that I - and a few other local plane spotters - won't forget in a hurry!
Posted by Damian F at 8:28 PM