I've received some awesome photos from the Proserpine / Whitsunday Coast Airport from early on Monday 27 July showing that the Airport was engulfed in a thick fog.  To my knowledge however, there were little if any delays on the morning's commercial flights operated by Virgin Australia and Jetstar. 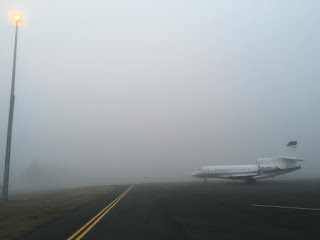 One visitor was that was captured in the murk on Monday morning was the Brenzil Dassault Falcon 7X bizjet VH-CRW which diverted to Prosie last Wednesday 22 July after being unable to land at Hamilton Island Airport. 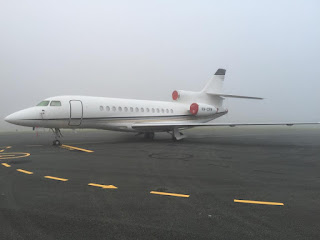 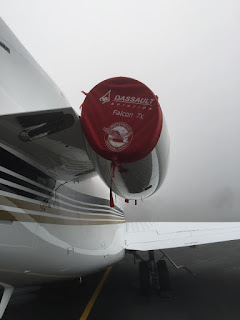 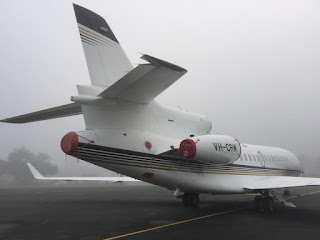 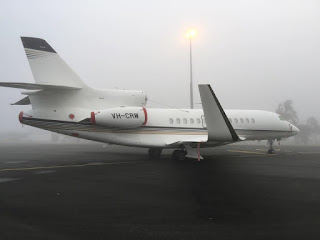 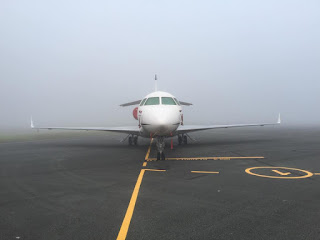 Meanwhile, over on Hamilton Island, the visiting Shortstop Jet Charter Learjet 35A VH-OVB which touched down last Friday 24 July, departed to Sydney and Melbourne (Essendon) on Monday 27 July.

Finally, its worth noting too that early on Monday 27 July, the morning QantasLink Dash-8-Q400 service into Hamilton Island from Cairns was operated by Alliance Airlines Fokker F-100 VH-FKJ which flew in from back from Cairns as UTY2630/2631.

Certainly not a Dash-8!