Undoubtedly one of my personal highlights as a plane spotter - and no doubt the highlight of the small crowd of onlookers gathered at Rockhampton Airport on Tuesday 7 July - was to witness the departure of "an aircraft with no pilot" - Royal Australian Air Force (RAAF) Israel Aerospace Industries (IAI) Heron Unmanned Aerial Vehicle (UAV) A45-253. 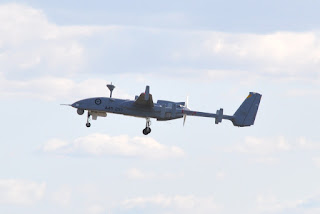 During the morning, the Heron UAV (or drone) had again been completing various survey and calibration tasks - as it has done most days recently - and the general thought was that it would again be spending the day on the ground. 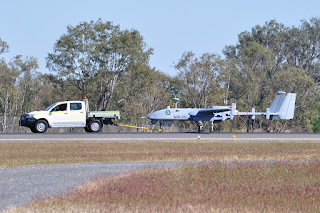 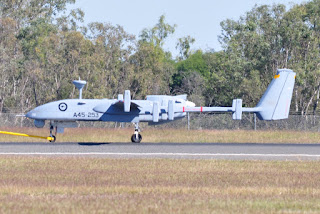 However, around mid-afternoon, a call from "Unmanned Bluey 70" for clearance to fly from Rockhampton Airport to the Shoalwater Bay Training Area (SWBTA) was made, including a reference to "persons on board - zero!".

Soon after, A45-253 positioned itself onto Rockhampton Airport's main Runway 15/33, completed some final calibration checks, and was given take-off clearance.  The Heron's small Rotax 914 engine powered up and UAV rolled down the Runway, lifting up ever so gracefully and flying off towards the South. 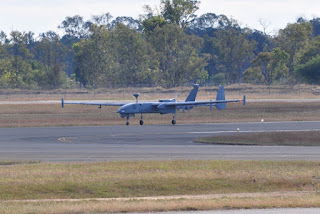 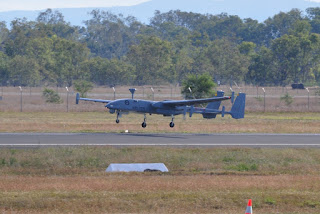 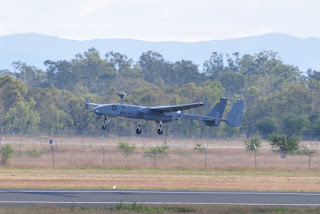 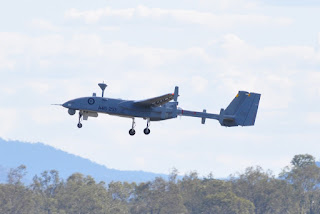 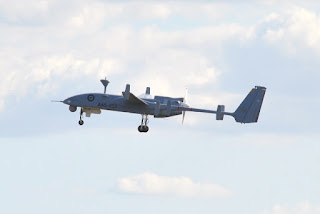 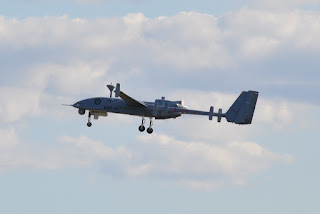 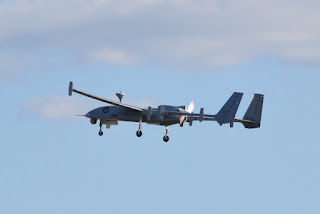 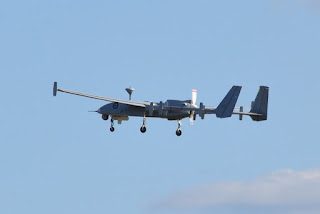 A45-253 was heard to return to Rockhampton Airport just after sunset, completing a sortie of around two-and-a-half hours.

The other Heron based at Rockhampton Airport during Exercise Hamel and joint Military Exercise Talisman Sabre 2015 - A45-262 - is yet to take to the air.

It was a great experience and something that I - and the other local spotters that came to watch - are likely to not forget for some time!
Posted by Damian F at 8:48 PM