Another fairly busy day at Rockhampton Airport on Monday 6 July with a couple of interesting RAAF arrivals no doubt in support of Exercise Hamel and joint Military Exercise Talisman Sabre 2015 which are now underway in the nearby Shoalwater Bay Training Area (SWBTA). 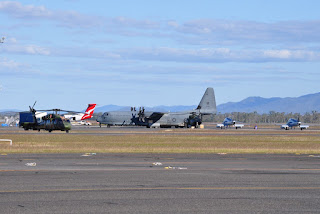 Late in the morning a pair of Royal Australian Air Force (RAAF) British Aerospace (BAe) Hawk 127 jet training aircraft arrived at Rockhampton Airport.  The two Hawks are flown by No. 76 Squadron out of RAAF Base Williamtown in New South Wales.  It is believed that three more Hawks will arrive at Rocky later this week, with all five to be based at the Airport flying sorties into Shoalwater Bay during part of the Exercises. 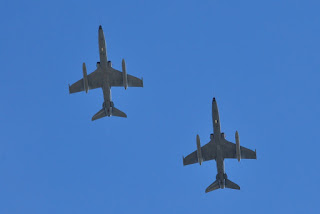 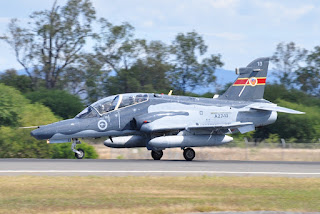 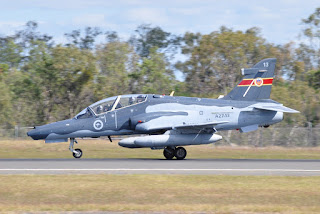 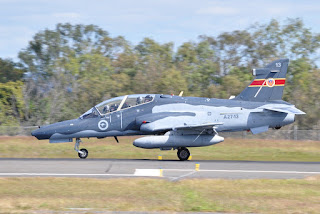 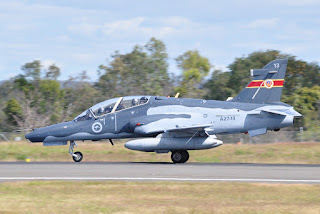 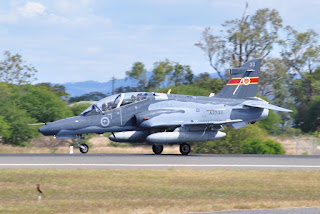 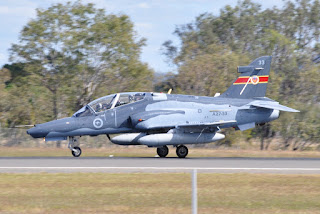 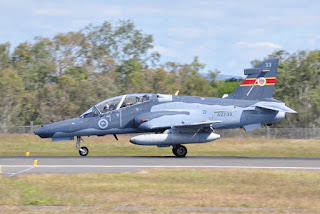 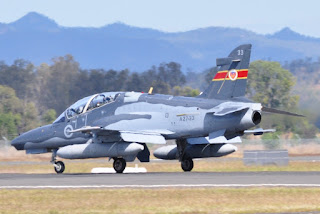 They remain parked on the military hardstand at the Northern end of the Rockhampton Airport apron. 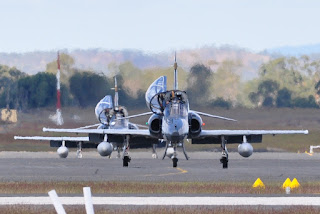 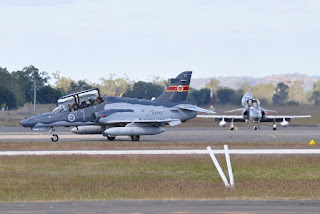 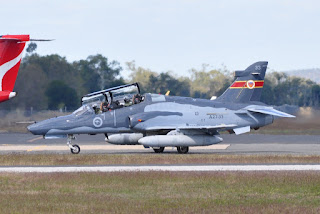 A little later in the day, RAAF Lockheed C-130J-30 Hercules A97-449 called into Rockhampton Airport from Darwin as "Trojan 4". 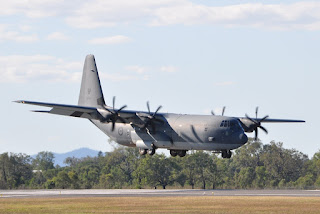 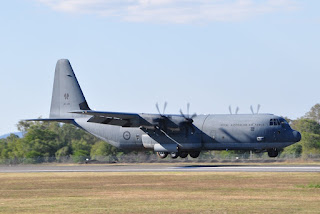 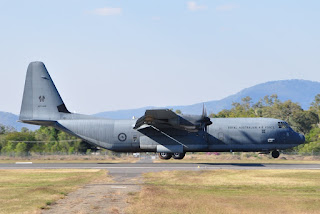 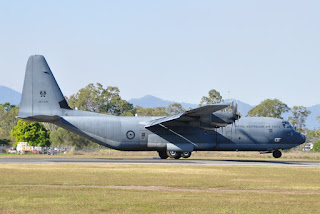 After unloading various pieces of equipment, the Herc departed back to Darwin again as "Trojan 4". 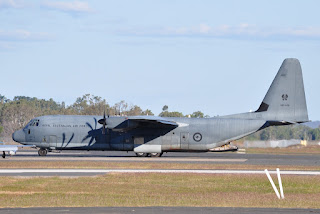 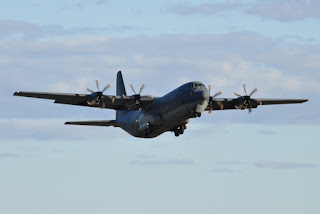 Another interesting movement - albeit on the ground - was one of the two RAAF Israel Aerospace Industries (IAI) Heron Unmanned Aerial Vehicles (UAVs) - A45-253 - spent a good portion of the afternoon being towed along the main Runway 15/33 as it continued to completing test and calibration exercises before they take to the air - hopefully later this week! 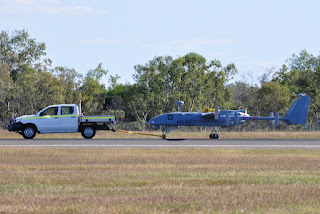 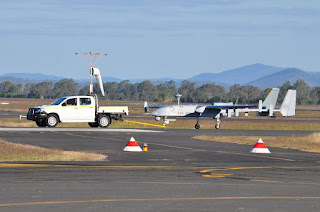 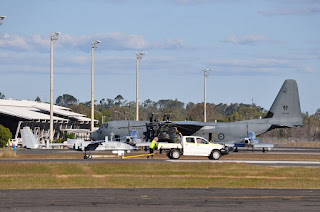 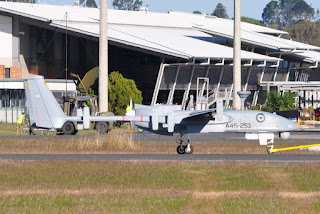 The Heron was again heard to be using the radio callsign of "Unmanned Bluey 70".

Finally, Australian Army helicopters continue to arrive and depart Rockhampton Airport at various times of the day with two of the Sikorsky S-70A-9 Blackhawk helicopters currently based at Rocky - A25-212 and A25-108 - captured departing to Shoalwater Bay as "Claymore". 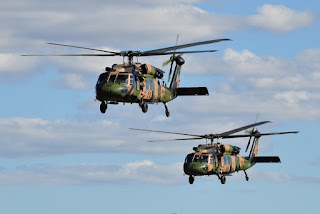 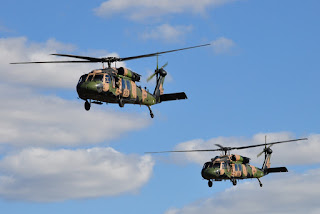 And Australian Army NH Industries MRH-90 Multi-Role Helicopter A40-027 called into Rocky and later departed to Samuel Hill (in the SWBTA) as "Destria 51". 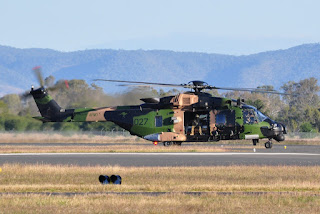 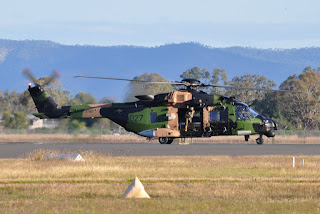 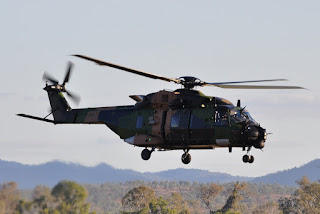 Another great day at Rocky!  I am really enjoying my week of plane spotting - and also meeting new people who are fans and followers of the CQ Plane Spotting Blog!  Thanks for coming up and saying "G'day" and thanks so much for your kind words of support! 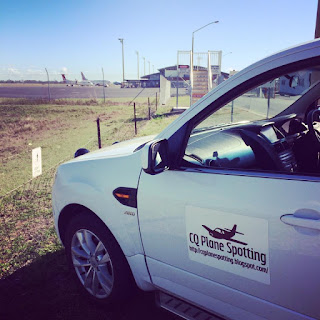 If you see me around Rockhampton Airport over the next couple of days feel free to stop and have a chat!
Posted by Damian F at 7:52 PM