It was a quiet day at Rockhampton Airport on Friday 10 July as Exercise Hamel and joint Military Exercise Talisman Sabre continues.  Royal Australian Air Force (RAAF) British Aerospace (BAe) Hawk 127 jet sorties continued with "Leopard" and "Puma" heard flying to the Shoalwater Bay Training Area (SWBTA) during the day.  Australian Army Sikorsky S-70A-9 Blackhawk flights out  of and back into Rocky also continued, with the latest Blackhawk to arrive at Rockhampton Airport late on Thursday 9 July - A25-213 - noted to immediately be participating in these flights.

There was a also a pair of other RAAF visitors on Friday 10 July with perhaps the nicest being Lockheed C-130J-30 Hercules A97-467 which called into Rocky from Townsville as "Trojan 07". 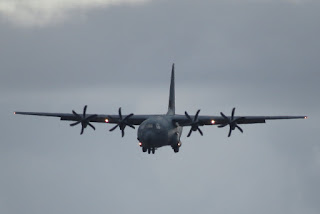 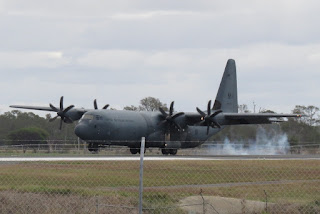 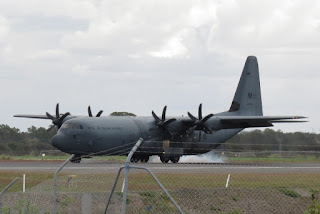 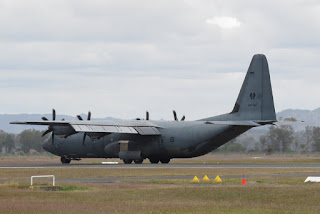 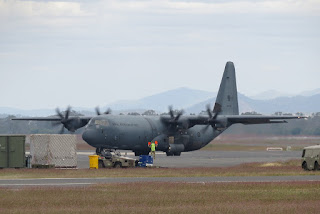 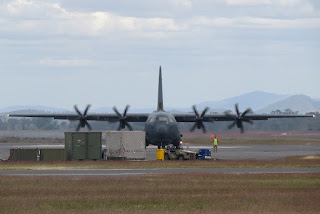 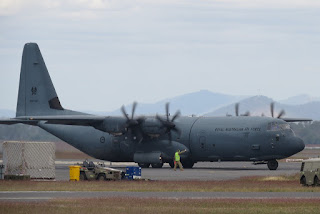 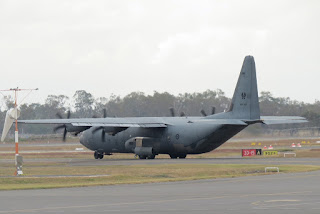 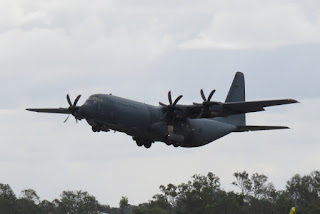 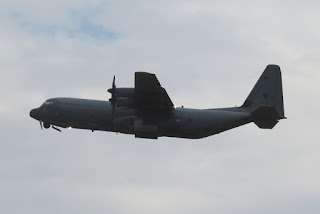 Also calling in on Friday 10 July - and for the third time in as many days - was RAAF Beech B350 Super King Air A32-670 which flew in from Townsville and departed to RAAF Base Amberley as "Dingo 13".

Sincere thanks to local plane spotter 'IAD' for capturing and sending through these great photos of the Herc!