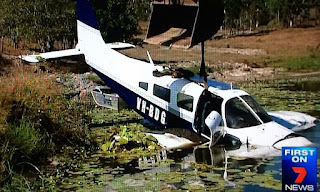 During the late afternoon on Sunday 26 July, Piper PA-32-300 Cherokee 6 VH-BDG crashed into a dam while landing at the Lakeside Airpark at Bloomsbury near Proserpine. 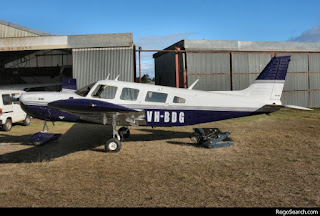 The Australian Transport Safety Bureau (ATSB) has launched an investigation, with initial reports suggesting that during landing, VH-BDG struck the runway, then veered off, striking an embankment before coming to a stop in a nearby dam. 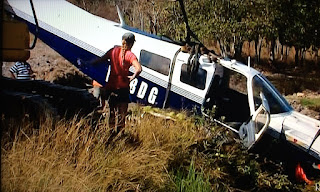 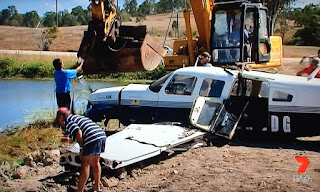 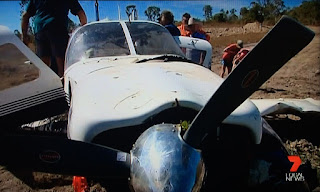 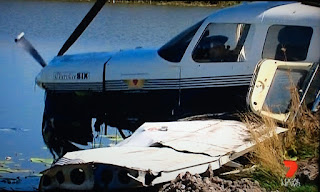 The pilot and five passengers were unable to extricate themselves from the downed aircraft, with one passenger taken to hospital with minor injuries.  They were from all accounts very lucky!

VH-BDG was removed from the dam on Monday 27 July.  The ATSB investigation will continue.

Meanwhile, dramatic footage has emerged of a powered parachute aircraft making a crash landing near the Kuttabul Hotel, north of Mackay, also on Sunday 26 July. 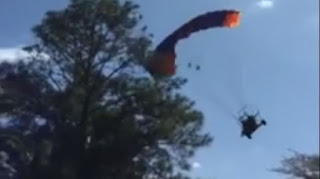 Stunned onlookers gasped as the parachute clipped trees sending the aircraft hurtling into the ground.  Fortunately, neither of the two passengers - who were reportedly throwing lollies down to the crowd - nor anyone on the ground, were injured.

It is believed that the Civil Aviation Safety Authority (CASA) are launching an investigation into the possibility of safety and licensing breaches.  The pilot and passenger reportedly packed up their aircraft and departed the scene before emergency services arrived yesterday!
Posted by Damian F at 9:42 PM