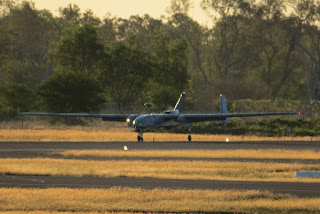 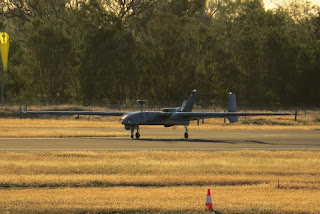 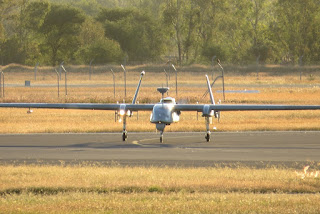 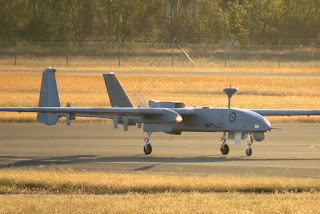 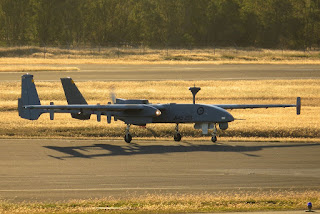 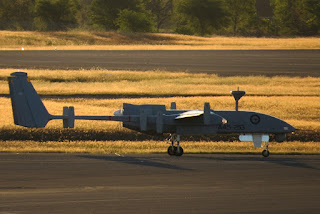 Two Herons - A45-253 and A25-262 - were brought to Rockhampton Airport to participate in joint Military Exercise Talisman Sabre 2015, marking the first time ever that a drone is being operated in civilian airspace. 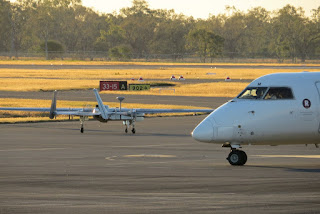 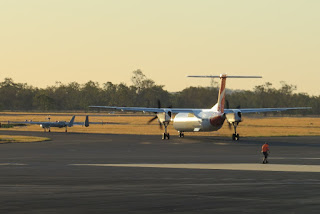 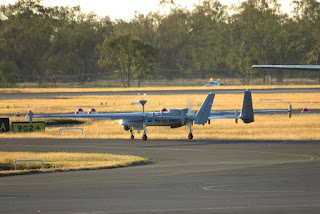 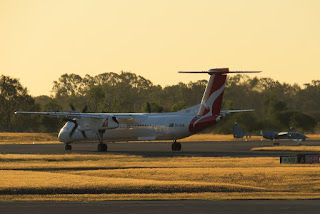 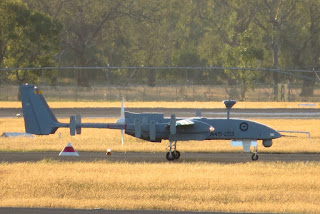 A45-253 was heard to use the radio callsign of "Unmanned Bluey 70" during its flight.

Thanks to Travis for capturing and sending through these awesome photos!

All photos taken by Travis Whiting  ©
Posted by Damian F at 8:03 AM