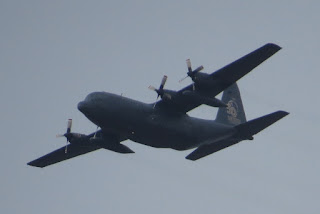 Flying as "Kiwi 44", the Herc had just completed a parachute drop in the Shoalwater Bay Training Area.  It overflew Rockhampton Airport at 3000 feet before continuing South to RAAF Base Amberley where it landed a short while later. 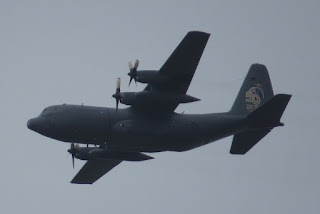 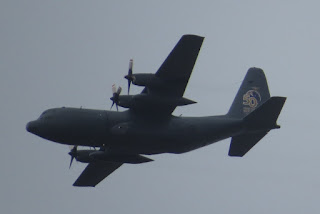 Notably, NZ7003 wears a special piece of tail-art depicting that the Lockheed C-130H Hercules has reached the significant milestone of fifty years in service with 40 Squadron of the Royal New Zealand Air Force. 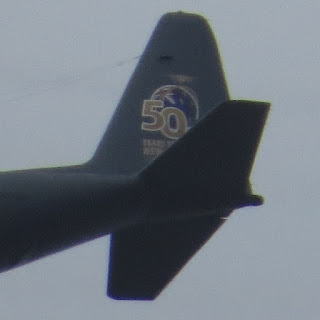 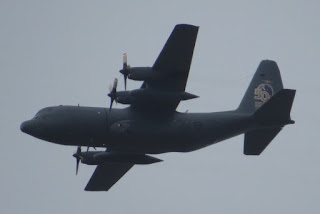 Meanwhile, at Rockhampton Airport, a pair of RAAF Beech B350 Super King Air aircraft called in from different parts of Australia.  A32-426 "Dingo 7" arrived from, and later departed back to Darwin.  While A32-670 "Dingo 12" called in from RAAF Base Amberley and departed to Townsville - I captured the King Air below on Wednesday 8 July operating to Amberley from Rocky also as "Dingo 12". 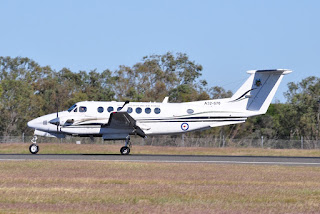 Finally, the RAAF and Australian Army aircraft and helicopters that are based at Rockhampton Airport continue to operate sorties out to the Shoalwater Bay Training Area and back.  On Thursday 9 July, one of the RAAF IAI UAVs was heard to operate a short flight early in the morning, while the RAAF BAe Hawk 127 jets also operated more sorties as "Puma" and "Leopard".