Royal Australian Air Force (RAAF) Search and Rescue Sikorsky S-76A helicopter VH-LAI has arrived at Rockhampton Airport on Sunday 12 July.  This is the first time that VH-LAI has featured on the CQ Plane Spotting Blog. 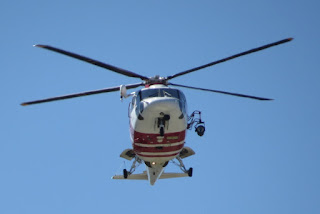 Local plane spotter Kayanne H was on hand to capture VH-LAI as it called into Rocky from the South as "Chopper 1".  It was noted parking on the military hardstand at the Northern end of the Rockhampton Airport apron alongside the four RAAF British Aerospace (BAe) Hawk 127 jet training aircraft. 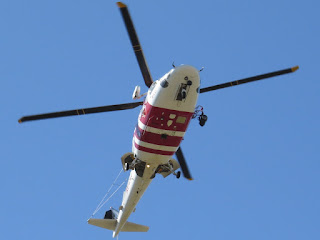 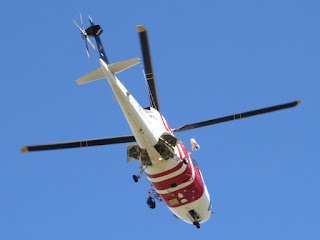 I assume that VH-LAI is in town to support the Hawks while on their sorties into the Shoalwater Bay Training Area (SWBTA). 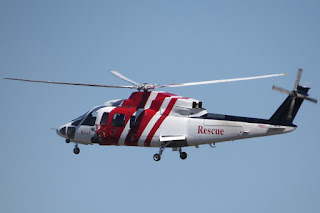 VH-LAI is owned by Lloyd Helicopters and operated by CHC Helicopters Australia, and is one of a number of choppers used for RAAF Search and Rescue jobs.

Another rescue helicopter to call into Rockhampton Airport and be captured by Kayanne H was the Gladstone-based Careflight Bell 412EP VH-XCY which looked to be operating a civil med-evac flight from the industrial city as "Rescue 544". 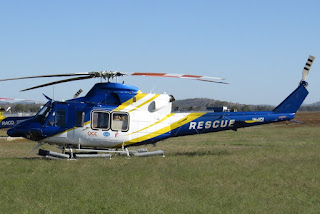 VH-XCY departed back to Gladstone.  It later departed to Archerfield for what I presume to be planned maintenance.

Back on the military front, Kayanne also captured some more Australian Army Sikorsky S-70A-9 Blackhawk helicopter action - although the most recent arrival into Rockhampton - A25-213 was captured still resting quietly early on Sunday 12 July with its 'pyjamas' still on. 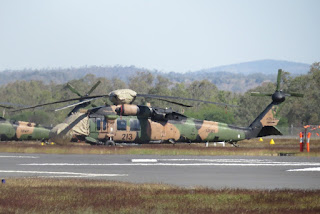 Later on Sunday 12 July, fellow Blackhawk A25-108 was spotted by Kayanne departing Rockhampton Airport as "Centurion 81". 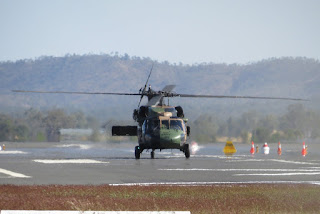 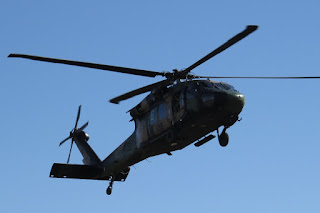 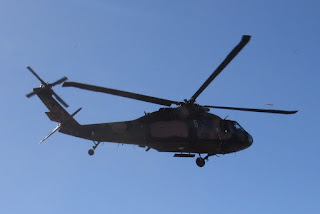 Also arriving back in Rockhampton after spending some time in the Shoalwater Bay Training Area was one of the two Royal New Zealand Air Force (RNZAF) NH90 helicopters NZ3304, which was noted flying as "Warrior 04". 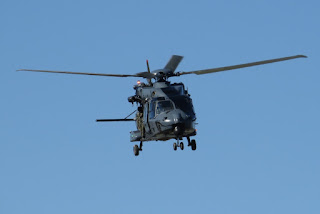 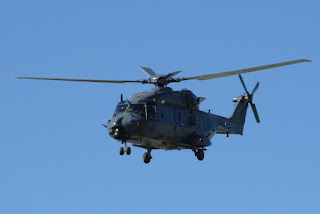 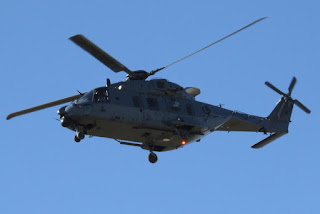 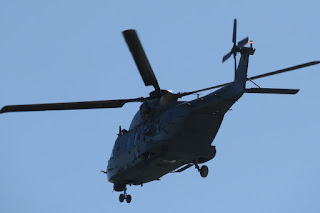 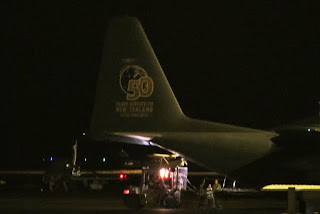 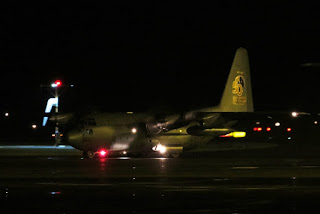 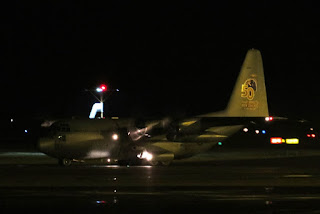 As mentioned, after a short time, it departed back towards the North.  NZ7003 continues to operate in the Shoalwater Bay Training Area.

Sincere thanks to Kayanne for once again taking the time to capture and send through these awesome photos!

All photos taken by Kayanne Hardsman  ©
Posted by Damian F at 7:17 PM