Aside from more sorties by the four Royal Australian Air Force (RAAF) British Aerospace (BAe) Hawk 127 jets that are currently based at Rockhampton Airport, there were a couple of other interesting RAAF aircraft that were spotted calling into Rocky on Saturday 18 July.  Perhaps the nicest - and the one that drew local spotters to Rockhampton Airport - was RAAF Boeing B737-7DF(BBJ) A36-002 which touched down from Sydney as "Regent 33". 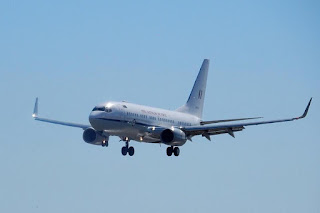 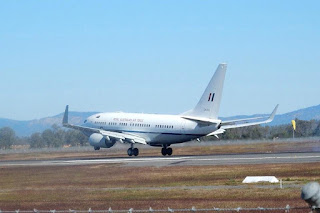 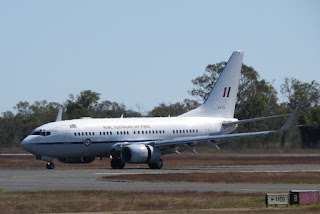 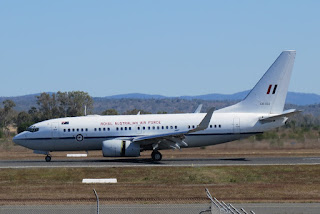 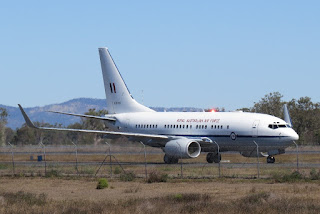 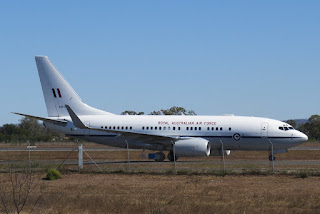 As the photos by local plane spotter 'IAD' show, A36-002 brought Prime Minister Tony Abbott to Rocky to meet with local farmers and attend the Paradise Lagoons Campdraft. 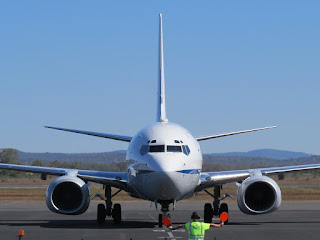 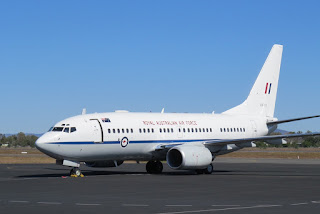 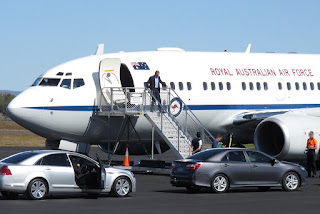 Meanwhile, a pair of RAAF Beech B350 Super King Air aircraft were also noted calling into Rockhampton Airport on Saturday 18 July with A32-675 "Dingo 15" arriving from Townsville and departing to RAAF Base Amberley, and A32-426 "Blackduck 7" returning from RAAF Base Tindal near Katherine in the Northern Territory and departing to Darwin a short time later.

Finally, the four RAAF Hawk jets were heard to go on what we could possibly describe as a 'sight-seeing' flight from Rockhampton Airport North via Mackay to the Whitsundays.  Two pairs of Hawks - "Puma" and "Leopard" - were both heard to request clearance to fly over Hamilton Island, Hayman Island and Daydream Island before returning to Rockhampton Airport a little while later.

Thanks to 'IAD' and Isaac M for sending through these great photos!