As I was preparing the Blog post below, local plane spotter Ben M has kindly shared some more photos he took on Friday 10 July as RACQ Careflight / Sunshine Coast Helicopter Rescue Service (SCHRS) Kawasaki BK117 B-2 helicopter VH-BKV popped into Hervey Bay / Fraser Coast Airport as "Rescue 511" from its Sunshine Coast Base. 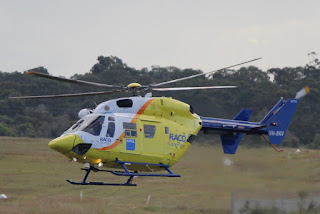 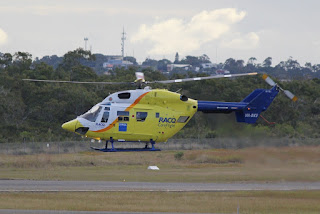 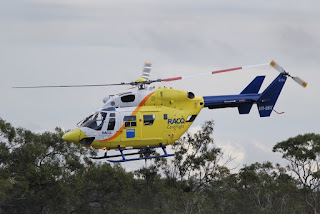 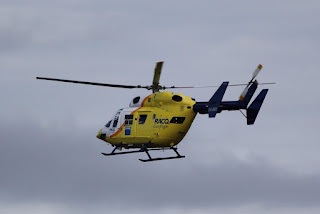 Sincere thanks to Ben for allowing us to share his awesome photos!