It was certainly a highlight to see one of the two Royal Australian Air Force (RAAF) Israel Aerospace Industries (IAI) Heron Unmanned Aerial Vehicles (UAVs) take to the air from Rockhampton Airport yesterday, but on Wednesday 8 July, I was one of a handful of plane spotters to see the other Heron take to the air for the first time out of Rocky. 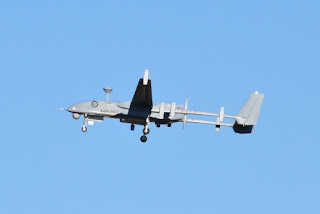 For what I believe to be its first flight from Rockhampton Airport, Heron A45-262 departed Rocky on what I suspect to be a test flight to the West of Rocky.  It used the radio callsign of "Unmanned Bluey 70". 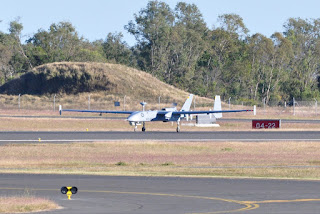 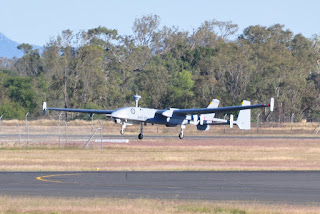 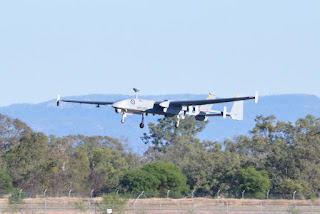 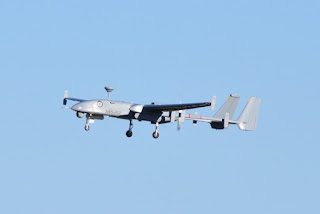 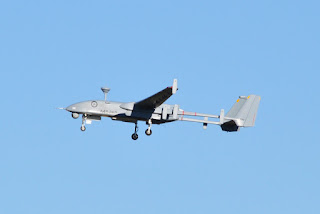 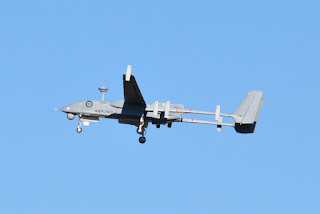 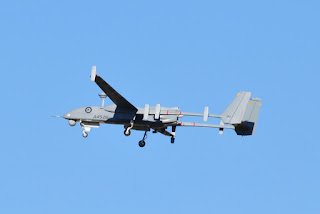 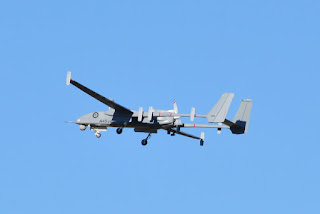 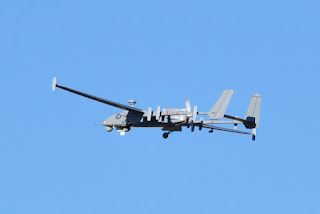 After a short time in the air, A45-262 made a slow and graceful arrival back into Rockhampton Airport. 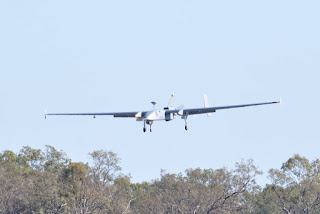 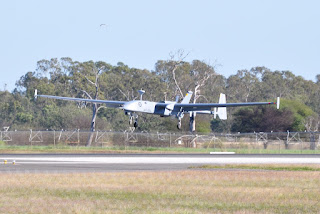 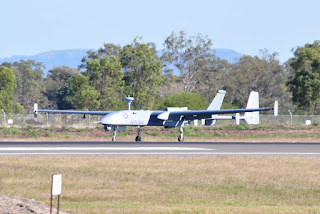 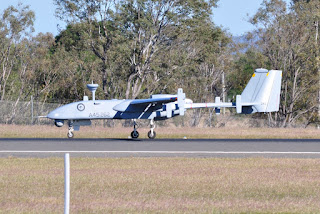 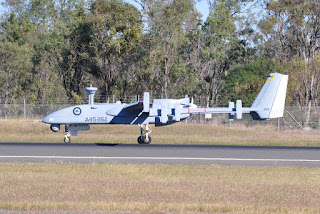 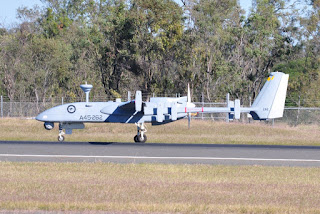 As I was leaving Rockhampton Airport on my journey home, A45-262 was parked away from the 'Heron hangar' and the other Heron present at Rocky, A45-253, looked to be being prepared for a flight.  Indeed later on Wednesday 8 July, "Unmanned Bluey 70" was again heard to take to the air out of Rockhampton Airport although it is unknown which Heron this was.
Posted by Damian F at 9:10 PM