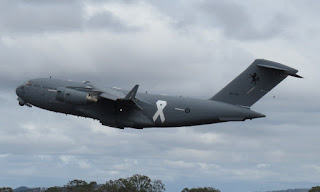 Local plane spotter ‘IAD’ was on hand at Rockhampton Airport on Thursday 23 July and captured what looks to be the first images of Royal Australian Air Force (RAAF) Boeing C-17A Globemaster III transport aircraft A41-206 wearing a White Ribbon in support of ‘White Ribbon Day’ - Australia's campaign to stop violence against women. 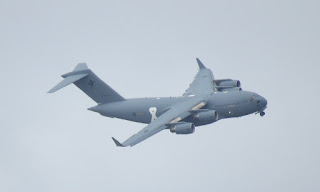 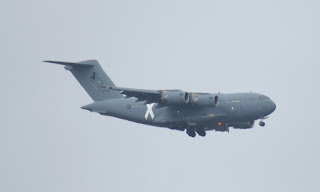 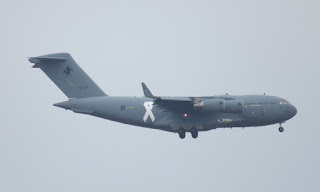 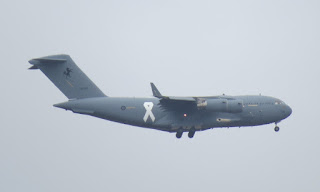 The Globemaster touched down at Rocky from RAAF Base Amberley as “Stallion 15”. 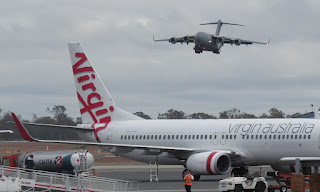 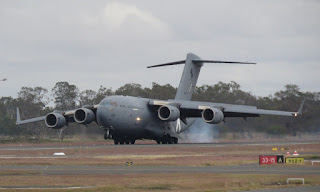 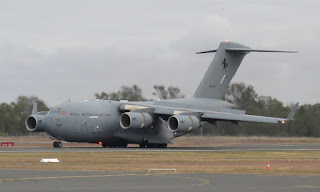 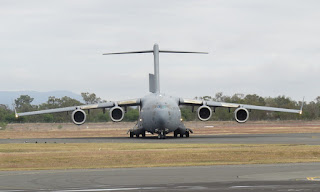 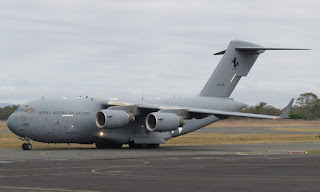 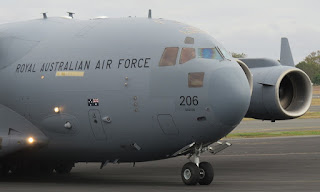 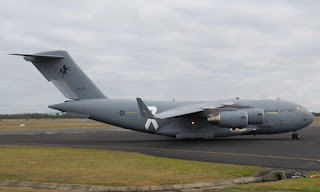 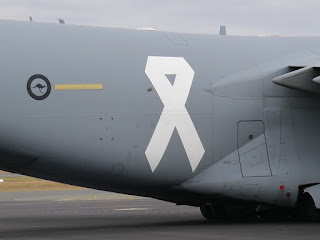 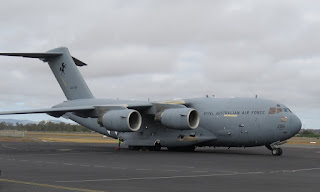 After taking on personnel and cargo, A41-206 departed to Darwin. 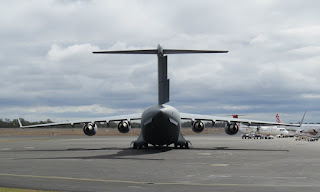 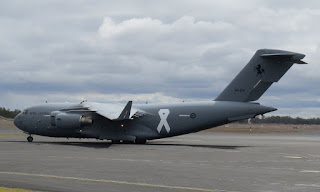 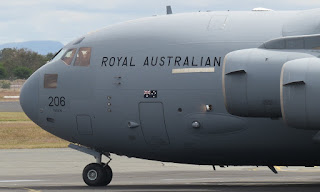 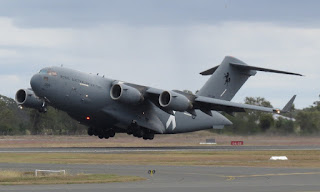 At the time of writing, it was expected that A41-206 would be back at Rockhampton Airport sometime during Friday 24 July. 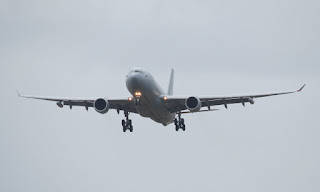 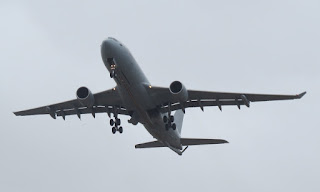 ‘IAD’ was on hand to capture a couple of nice photos as the KC-30 performed the “low overshoot” before it departed South RAAF Base Amberley.

Thanks ‘IAD’ for taking the time to capture and send through these ‘first’ photos!