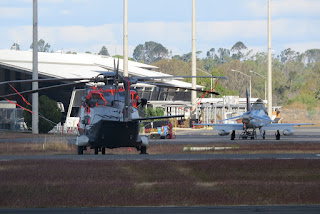 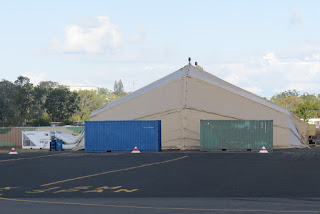 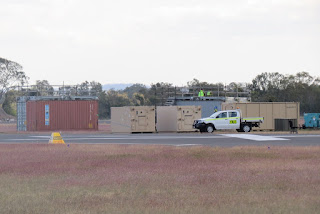 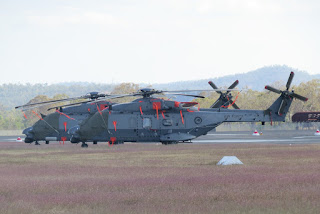 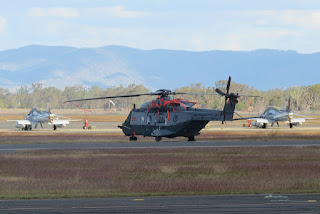 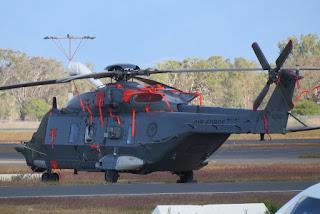 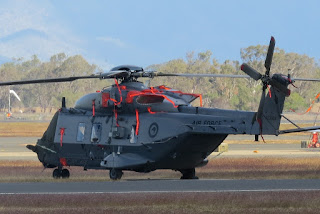 Also the four Royal Australian Air Force (RAAF) British Aerospace (BAe) Hawk 127 jet training aircraft are still parked on the Northern end of the Rockhampton Airport apron - although word around the Airport is that they may depart home to RAAF Base Williamtown on Monday 20 July. 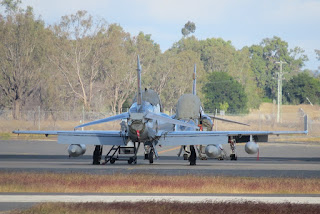 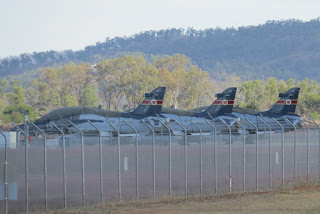 Also on Sunday 19 July, yet another RAAF Beech B350 Super King Air called in from RAAF Base Amberley and departed to Townsville.  On this occasion, A32-675 was captured by local plane spotter Isaac M touching down as "Dingo 15". 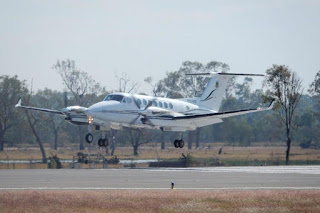