I've noted with interest that since February 2015, the majority of the Fugro Spatial Solutions aerial survey piston and turbine aircraft have been re-branded and re-painted in the titles and colours of Australasian Jet (Ausjet).

One such aircraft is Cessna 404 VH-AZU which was spotted departing Gladstone Airport on Friday 17 July after completing an aerial survey sortie earlier in the day over the industrial city. 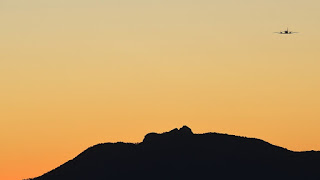 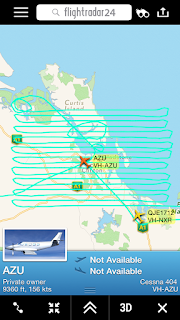 As the flight-track above shows, it was certainly a comprehensive survey flight!

Thanks to local plane spotters Jamie and Tash for sending through their photos of VH-AZU!