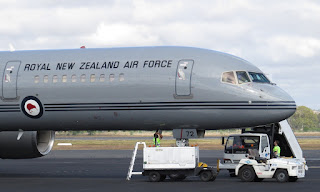 After landing, NZ7572 parked on Gate 6 at the Southern end of the Rockhampton Airport apron. 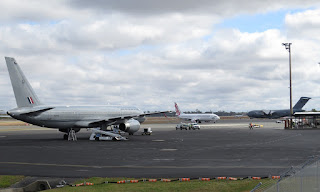 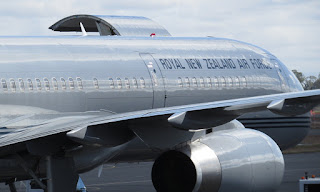 Word around the airport was that it was expected to remain overnight and depart some time on Saturday 25 July.

Sincere thanks to local plane spotters Kayanne H and 'IAD' for sending through these awesome photos!

Photos taken by Kayanne Hardsman and ‘IAD’  ©
Posted by Damian F at 7:37 PM