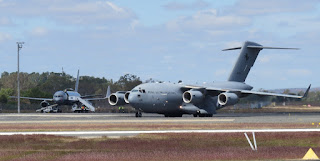 The visiting Royal New Zealand Air Force (RNZAF) Boeing B757-200 NZ7572 which arrived the previous day from RNZAF Base Auckland-Whenuapai in New Zealand, departed Rocky as "Kiwi 33" to RNZAF Base Ohakea.

Word around the Airport was that it carried cargo only and that RNZAF personnel would be flown back to New Zealand over the next couple of days.

Also calling back into Rockhampton Airport on late on Friday 24 July and also on Saturday 25 July were the two Royal Australian Air Force (RAAF) Boeing C-17A Globemaster III transport aircraft A41-206 and A41-211.

A41-206 arrived back into Rocky from RAAF Base Amberley late on Friday as "Stallion 15".  It departed to back to Amberley on Saturday. 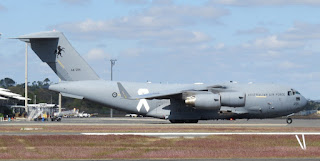 Meanwhile, A41-211 arrived back at Rockhampton from RAAF Base Edinburgh in South Australia as "Stallion 16". 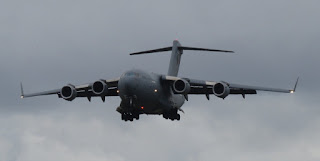 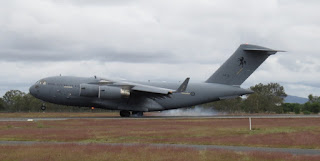 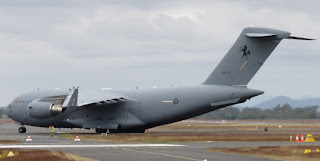 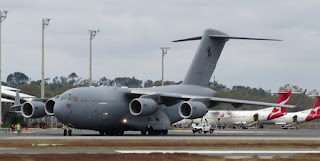 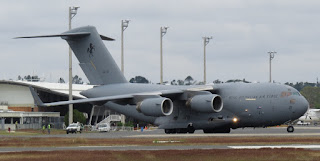 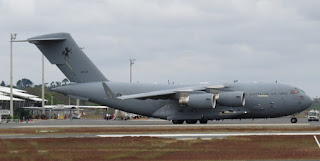 After again taking on cargo and some personnel, A41-211 departed back to Edinburgh.

I believe it then returned to Amberley.

A great start to the weekend and word is that a couple more military transport aircraft will pop into Rocky on Sunday 26 July. Watch this space!

Photos taken by 'IAD' and Kayanne Hardsman  ©
Posted by Damian F at 9:02 PM