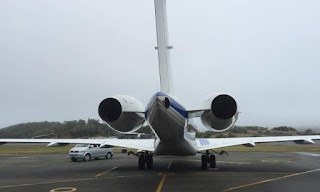 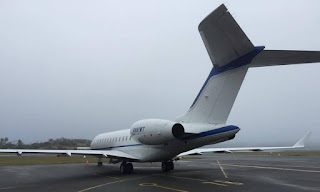 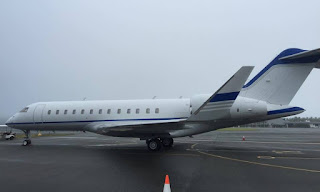 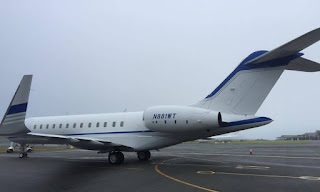 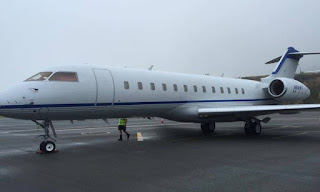 After collecting a well known American actor who has been in the area filming a movie, the Global Express departed Hamilton Island for Cairns and Don Mueang International Airport at Bangkok later on Thursday 23 July.

Thanks to the Hamo spotter for sending through these great photos - which also show the very cloudy and murky weather conditions that are currently affecting commercial flights in and out of Hamilton Island.  Of interest, on Thursday 23 July, both Jetstar Airways and Virgin Australia attempted to fly an aircraft each to Hamo.  Both aircraft were unable to land and both subsequently diverted to Proserpine / Whitsunday Coast Airport.

I'm told that would-be passengers are being taken to the mainland from Hamilton Island by ferry where they are meeting South-bound flights 'home' from the Proserpine / Whitsunday Coast Airport.