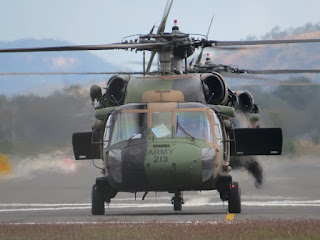 Travis was able to capture three of the four Australian Army Sikorsky S-70A-9 Blackhawk helicopters that are based at Rocky as they departed for the Shoalwater Bay Training Area (SWBTA) as "Claymore".  The Blackhawks were identified as A25-213, A25-108 and A25-214. 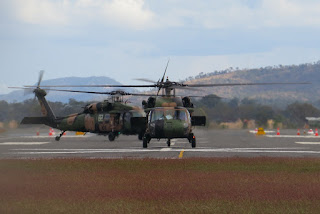 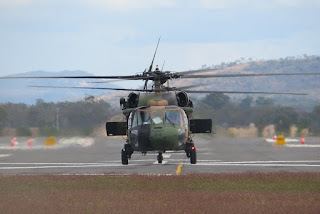 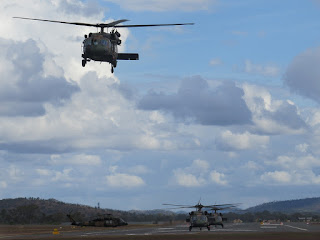 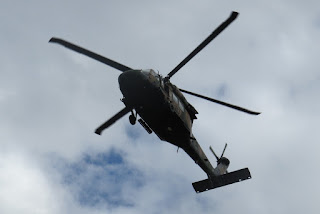 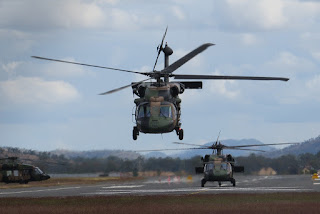 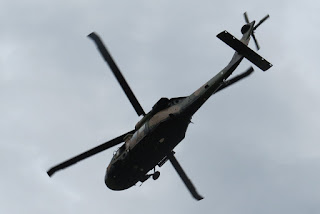 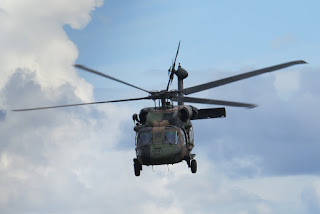 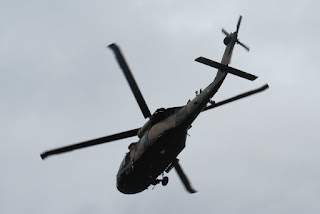 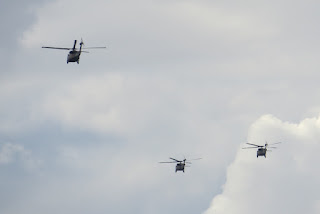 A little later in the day, A25-214 returned to Rockhampton Airport as "Claymore 83". 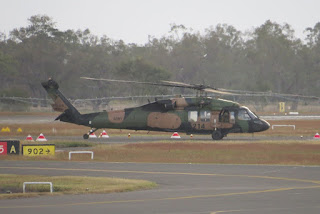 Around the same time, a pair of the Royal Australian Air Force (RAAF) BAe Hawk 127 lead-in training jets - A27-33 and A27-13 - that are also based at Rockhampton Airport, was captured by Travis returning from a sortie to Shoalwater Bay as "Puma". 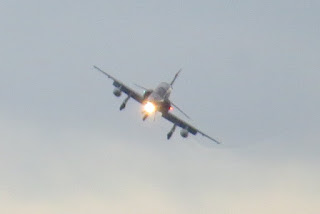 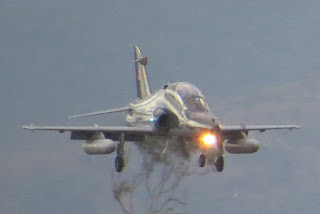 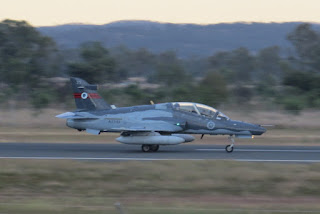 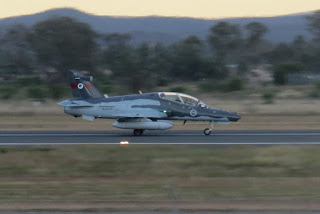 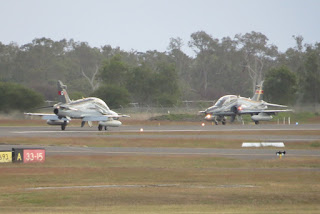 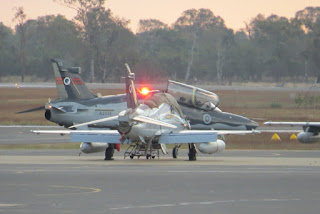 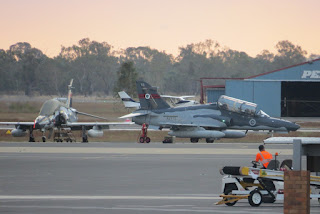 There was at least one other Hawk sortie out of Rockhampton Airport on Saturday 11 July with "Leopard" also heard in the skies over Rocky.

Finally, a spectacular sight for coastal residents near Rockhampton and Gladstone late on Saturday 11 July with RAAF Lockheed C-130J-30 Hercules A97-467 flying at a very low altitude up the coast into the Shoalwater Bay Training Area as "Archer 40".

Thanks to Travis for taking the time to capture and send through these great photos from Rockhampton Airport on Saturday!  Great to see that you've captured some of the action!

All photos taken by Travis Whiting  ©
Posted by Damian F at 2:28 PM