Rounding off the day's plane spotting at Rockhampton Airport on Tuesday 7 July, Royal Australian Air Force (RAAF) Boeing C-17A Globemaster III A41-207 touched down in the early afternoon from RAAF Base Amberley as "Stallion 06". 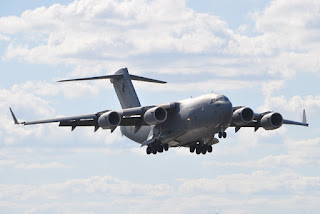 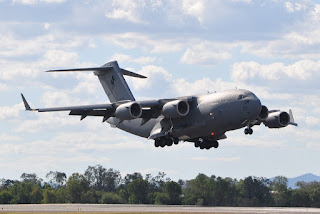 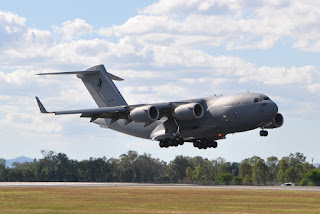 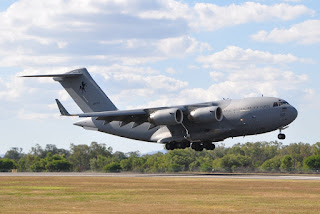 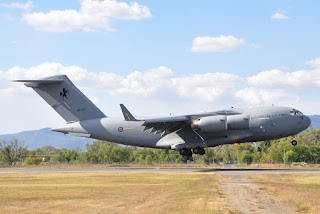 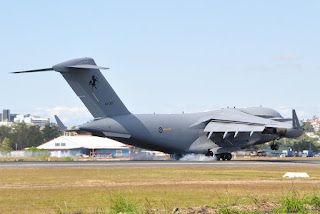 A little while later, A41-207 departed Rocky, returning to Amberley, making a left turn after departure to track via Gladstone.  What a spectacular sight! 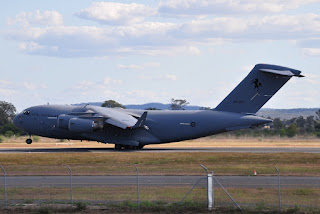 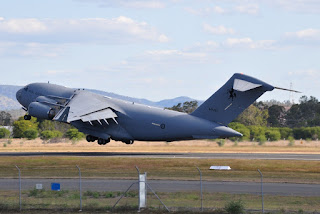 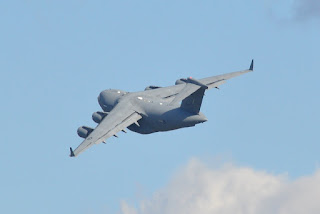 All three 'resident' Australian Army Sikorsky S-70A-9 Blackhawk helicopters that are currently based at Rockhampton Airport took to the air again on Tuesday 7 July with A25-214 operating circuits close to Rocky Airport for around 45 minutes using a different callsign not heard before - "Centurion 81". 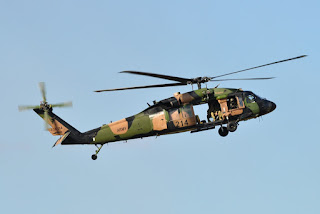 Blackhawk helicopters A25-108 and A25-212 again took to the skies as "Claymore 82" and "Claymore 81" respectively, flying to the Shoalwater Bay Training Area (SWBTA) and back to Rockhampton Airport during the afternoon. 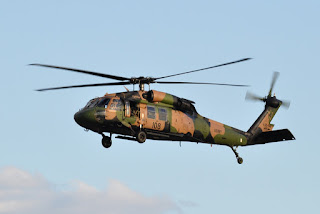 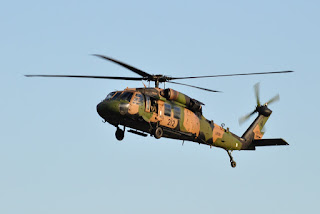 And finally, as the sun was setting, A25-214 took to the sky again from Rocky in preparation for more circuit flying, again as "Centurion 81". 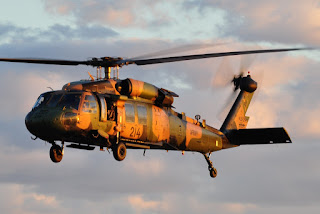 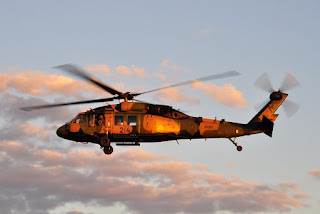 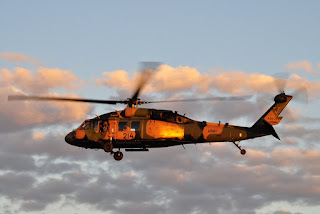 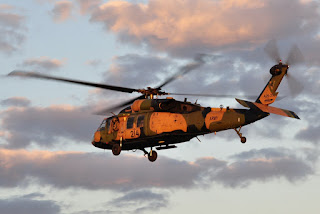 What a top day - and what a great week I've had at Rockhampton Airport capturing some of the action of Exercise Hamel and joint Military Exercise Talisman Sabre 2015.

While the amount and variety of traffic through Rockhampton Airport is down compared to previous Exercises, spotters and enthusiasts have been able to see various Royal New Zealand Air Force (RNZAF) aircraft and helicopters - including the first ever overseas deployment of the NH90 helicopters - as well as being given the unique opportunity to observe the RAAF IAI Heron UAV close up and also take to the skies, as well as hear and see the ever popular BAe 127 Hawk jet training aircraft.
Posted by Damian F at 9:25 PM