As mentioned  below, Australian Army Eurocopter (ARH) Tiger Armed Reconnaissance Helicopter A38-020 was on display at the Talisman Sabre 2015 Open Day at the Rockhampton Showgrounds on Sunday 5 July.  It arrived at the Showgrounds early in the morning directly from the Shoalwater Bay Training Area (SWBTA) as "Griffin 41". 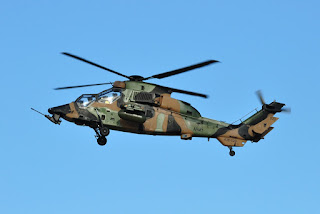 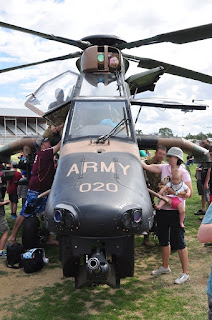 At the conclusion of the Open Day, there was still a number of families that were had not had the chance to have a closer look at the Tiger - at one point the queue would have stretched at least 50 metres!  As a result, on the departure of A38-020 back to Shoalwater Bay via Gladstone, the crew treated those left over in the Showgrounds to a spectacular display of the helicopters handling abilities both inside the main ring and then in the skies surrounding the Showgrounds. 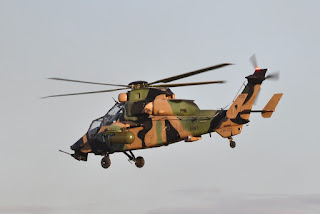 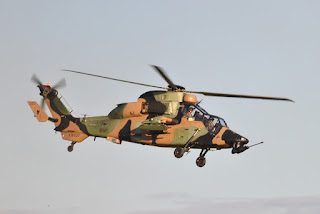 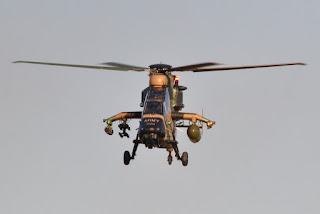 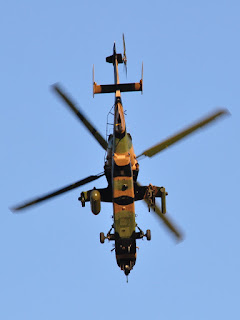 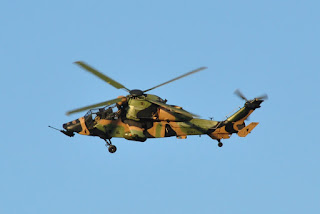 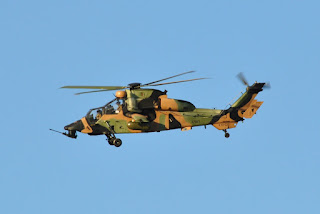 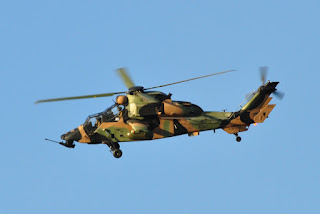 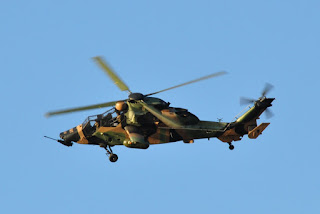 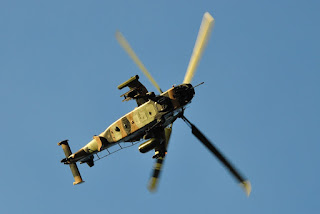 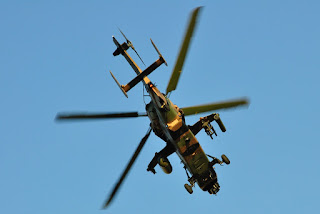 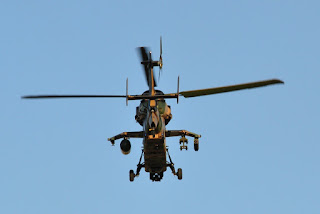 For us on the outside of the fence, the sight and sound of the Tiger performing these manoeuvres was equally as thrilling!

A truly spectacular sight and sound!
Posted by Damian F at 8:14 PM