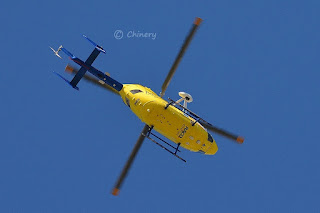 After flying North from the Rum City via Agnes Water, VH-EHQ initially performed some airwork at Gladstone Airport - making approaches to Runway 28 then Runway 10 - before it landed at the Airport for a short time. 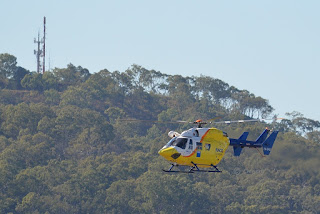 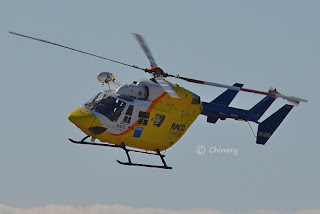 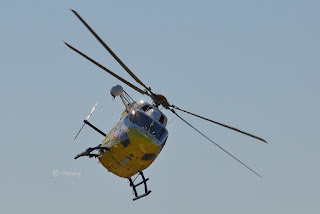 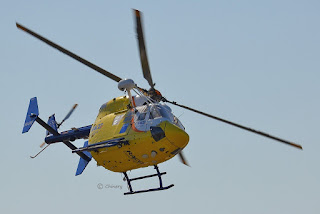 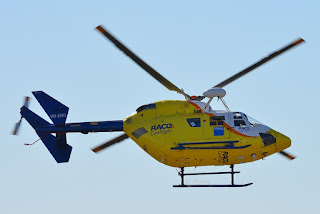 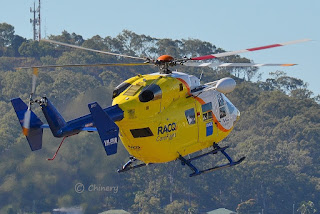 VH-EHQ has only returned to service with Careflight in the last week after a period of time in the maintenance hangar at the Sunshine Coast. 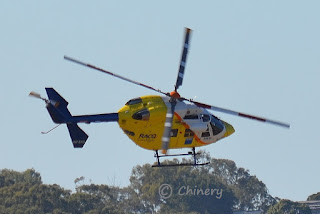 VH-EHQ eventually returned to Bundaberg Airport during the middle of the day.  It was heard to be using its familiar radio callsign of "Rescue 522".

A couple of great helicopter visitors to Gladstone Airport on Wednesday - and we sincerely thank local plane spotters Jamie and Tash for taking the time to capture and send through their awesome photos!