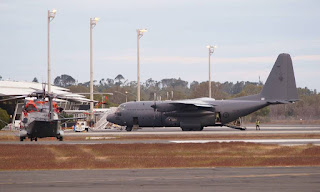 The first Herc to call in was Royal Australian Air Force (RAAF) Lockheed C-130J-30 Hercules A97-467 which I believe called in from RAAF Base Richmond as "Trojan 47". 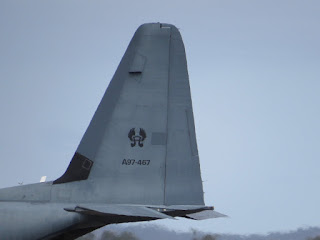 After being loaded, A97-467 departed Rocky for RAAF Base Williamtown - possibly in support the four RAAF British Aerospace (BAe) Hawk 127 jet training aircraft that departed Rocky also on Monday - see Blog post below. 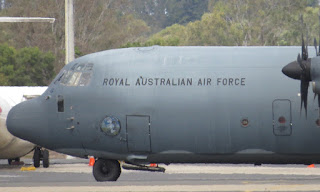 As we've noted previously, NZ7003 wears a special piece of tail-art depicting that the Lockheed C-130H Hercules has reached the significant milestone of fifty years in service with 40 Squadron of the Royal New Zealand Air Force. 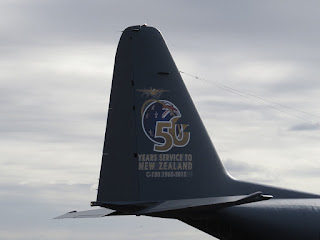 After looking to offload, and then re-load, "Kiwi 329" departed to RNZAF Base Auckland-Whenuapai in New Zealand. 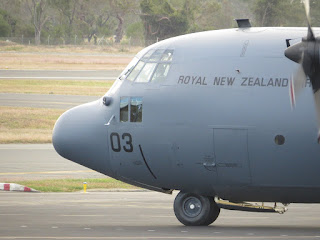 Finally, the trio of Hercs at Rockhampton Airport on Monday 20 July was completed just before sunset when fellow RNZAF C-130H Hercules NZ7005 called in from the North as "Kiwi 851".

NZ7005 was heard earlier in the afternoon flying from Townsville into the Samuel Hill Airfield which is within the Shoalwater Bay Training Area (SWBTA).  I believe NZ7005 returned North to Townsville.

What a great day of Hercules movements at Rockhampton Airport!  Thanks to local plane spotters Kayanne H and Ash B for capturing and sending through their fantastic photos!