The skies over Rockhampton came alive before dawn on Wednesday 8 July as a pair of Royal Australian Air Force (RAAF) British Aerospace (BAe) Hawk 127 jet training aircraft departed Rockhampton Airport on the first of four sorties to the Shoalwater Bay Training Area (SWBTA) from Rocky over the course of the day. 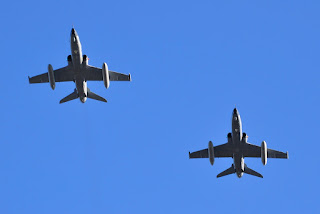 I managed to catch "Puma" as they returned to Rockhampton Airport after a couple of hours in the air - and I was pleasantly surprised to see both Hawks perform a touch-and-go each on their first approach back into Rocky. 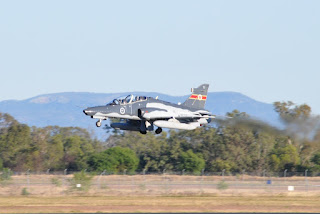 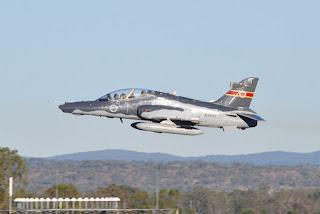 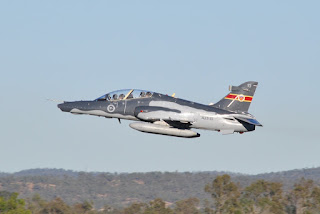 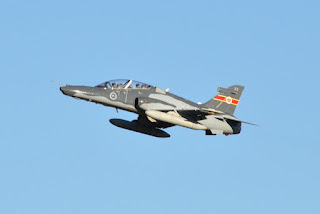 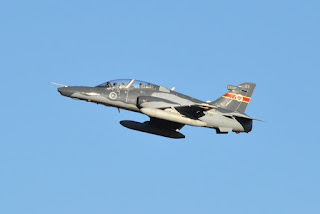 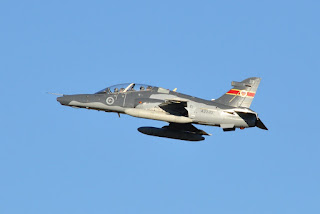 The two Hawks were identified as A27-13 and A27-33 and after landing they returned to the military hardstand on the Northern end of the Rockhampton Airport apron. 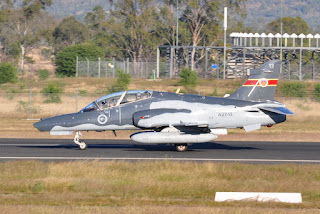 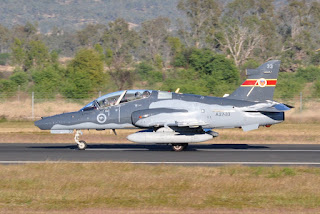 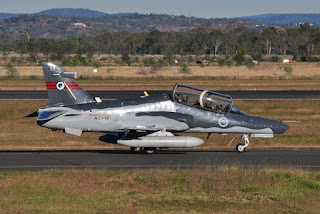 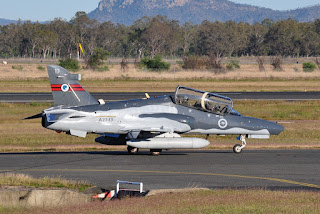 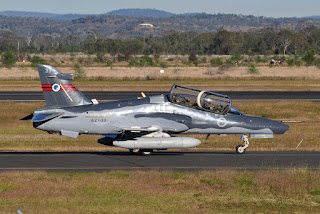 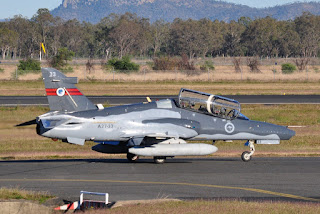 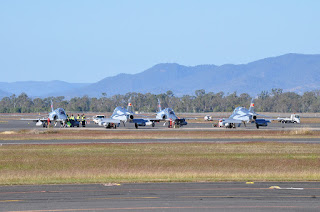 I believe three other pairs of Hawks flew out of Rocky for Shoalwater Bay over the course of Wednesday 8 July again using the callsign "Puma" and also "Leopard".
Posted by Damian F at 9:34 PM