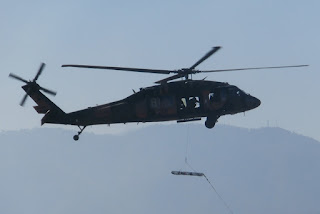 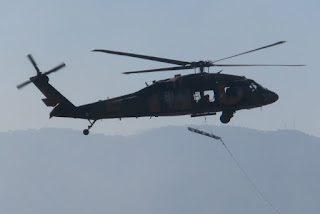 Eagle-eyed readers will also note that part of the Blackhawk's callsign appears in masking tape on the side window.

The Army Blackhawks have also been heard flying out of and back into Rockhampton this week individually and in groups using the radio callsigns "Claymore" and "Venom". 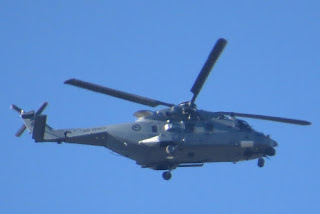 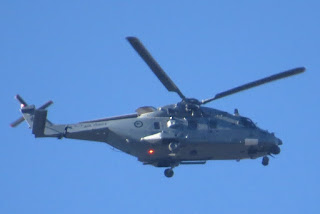 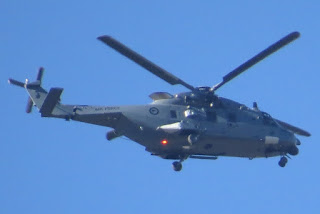 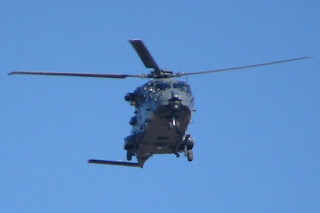 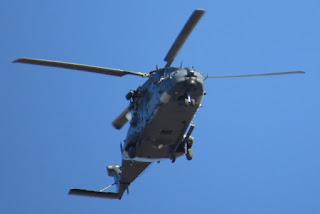 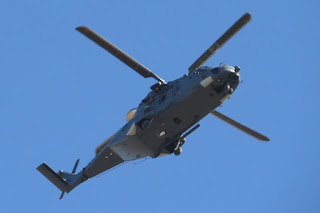 Another helicopter spotted in the skies over Rockhampton - and over Emu Park and Yeppoon on the Capricorn Coast - on Tuesday 14 July was the Royal Australian Air Force (RAAF) Search and Rescue Sikorsky S-76A helicopter VH-LAI "Chopper 1" which arrived at Rockhampton Airport last weekend.


Also on Tuesday 14 July, RAAF Beech B350 Super King Air A32-673 ferried back North from RAAF Base Amberley to Townsville, via Rockhampton.  And Lockheed C-130J-30 Hercules A97-467 was again heard flying into the Shoalwater Bay Training Area from both the North and the South as "Archer 40" - it was also heard in 'the Bay' on Wednesday 15 July.

Finally, one of the two RAAF Israel Aerospace Industries (IAI) Heron Unmanned Aerial Vehicle (UAV) continues to operate 9-10 hours sorties out of Rockhampton Airport, while pairs of RAAF British Aerospace (BAe) Hawk 127 jets continue to take to the air 3-4 times each day, flying sorties of two hours from Rocky into Shoalwater Bay and back as "Puma" and "Leopard".