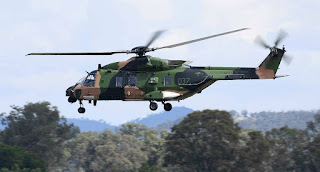 NH Industries MRH-90 Multi-Role Helicopter A40-037 arrived into Rockhampton Airport and departed a short while later to Dropshot Bay as "Poseidon 37".

While Bell 429 'Global Ranger' helicopter N49-049(049) was heard to complete at least two local flights out of and back to Rockhampton Airport. 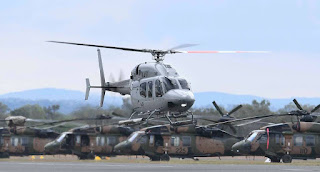 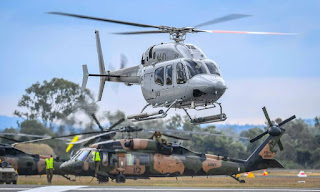 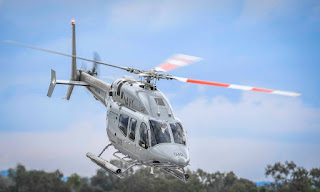 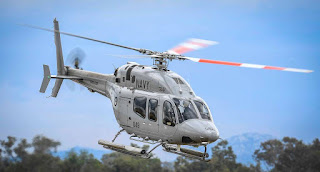 It was heard to be using the radio callsign of "Medusa 49".

Sincere thanks to Townsville-based photographer Ian H for taking the time to capture and send through these great photos!

We have been very lucky to receive several spectacular photos captured by Ian at home in Townsville of some of the comings and goings for TS17 at Townsville Airport - stay tuned!

All photos taken by Ian Hitchcock  ©
Posted by Damian F at 10:53 PM