But it wasn't only the helicopters that were the highlights during a great day of military aircraft action on Thursday 20 July as arriving into Rockhampton Airport just as the sun was setting was the welcome sight of United States Air Force (USAF) Boeing C-17A Globemaster III 05-5147.  The massive transport aircraft touched down from the North as "Trek 951" and soon after was parked on Gate 6 on the Southern end of the Rockhampton Airport parking apron where it was promptly unloaded. 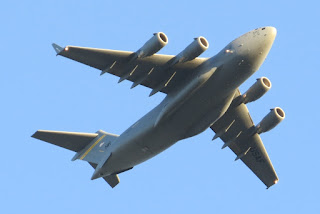 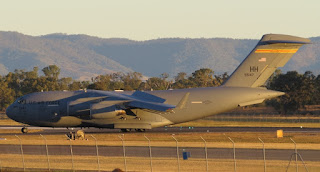 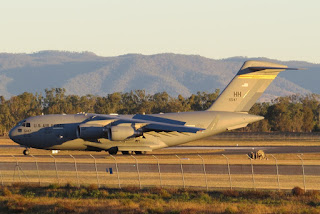 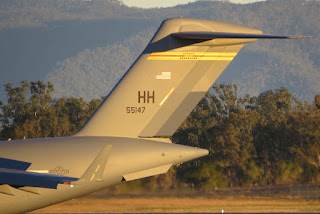 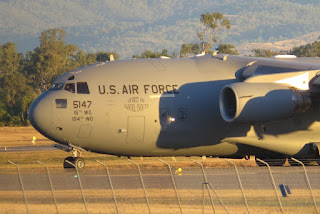 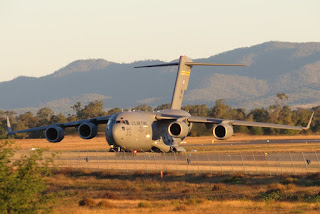 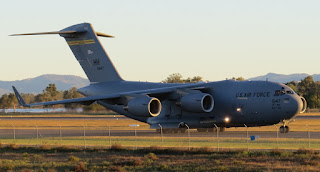 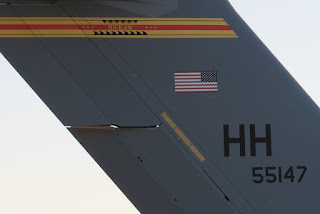 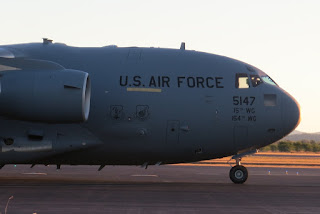 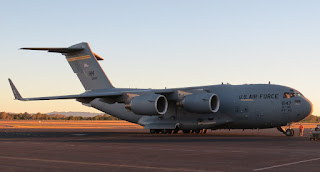 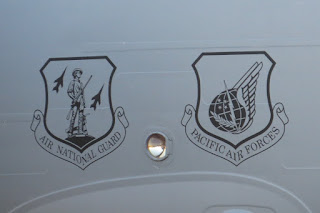 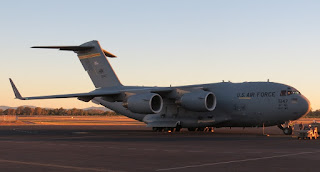 The C-17 was closed up and shut down suggesting that it was going to spend the night. 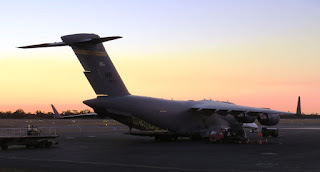 UPDATE!  After spending the night, on Friday 21 July, 05-5147 departed to Kadena Air Base in Japan.  Stay tuned for more great photos!

Meanwhile, it's worth noting that over the course of this week, a couple of other American Armed Forces aircraft have made more visits to Rockhampton Airport as joint Military Exercise Talisman Saber 2017 (TS17) continues.

While two of the United States Army (US Army) (US Army Reserve Command) Beech C-12V Huron (Beech B200 King Air) aircraft based at Townsville continue to make regular trips into Rockhampton Airport - and Shoalwater Bay!  The aircraft were 95-00091 "Pat 91" and 95-00092 "Pat 92" with the latter spotted departing Rockhampton Airport for Townsville late on Thursday 20 July. 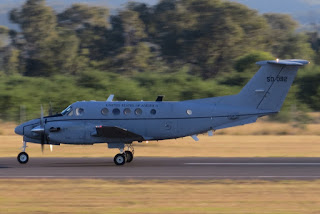 All photos taken by Kayanne Hardsman  ©
Posted by Damian F at 11:53 PM