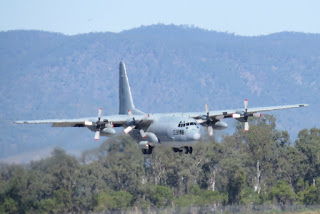 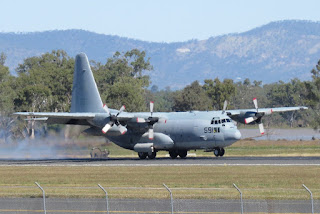 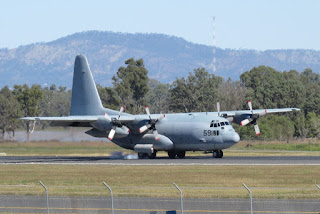 The other nice US Navy aircraft to arrive into Rockhampton Airport later on Friday 21 July was Boeing C-40A Clipper (B737-7AFC) 166693 / 693.  It was the second visit of this aircraft into Rocky during Talisman Saber 2017, however on this occasion, its exact movements are not fully known. 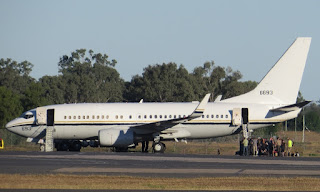 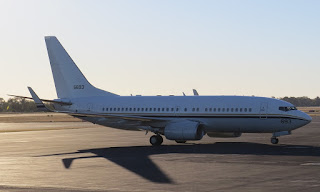 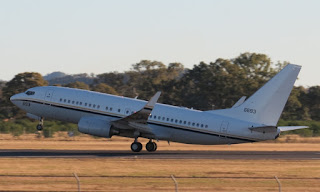 After some time on the ground, it departed for parts unknown.  166693 was heard to be using the radio callsign of "Convoy 7579". 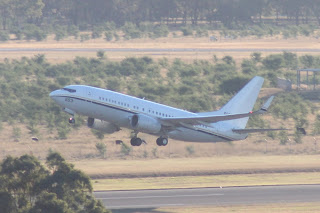 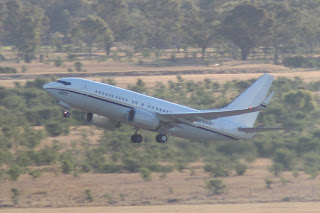 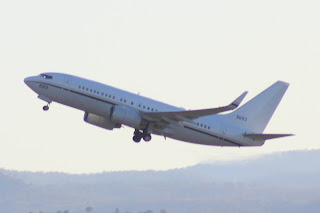 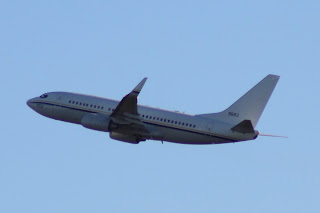 Sincere thanks to local plane spotters 'IAD', Kayanne H and Daniel B for taking the time to capture and send through these great photos!