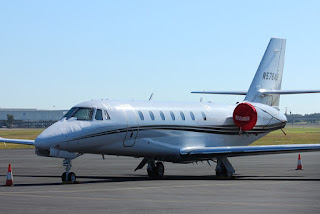 The sleek 2015-build bizjet seems to be on a demonstration tour of Australia and on Sunday it visited Hamo from Brisbane. 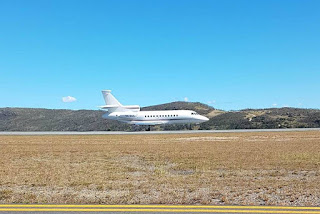 Of interest, VH-OAA has been a frequent visitor to Hamo of late, arriving last Sunday 23 July from Essendon and departing back there on Friday 28 July.  It is pictured above during a recent visit.

Finally, the other frequent bizjet visitor to Hamilton Island Airport of late in the form of Homada Pty Ltd Cessna 560XL Citation XLS VH-XCU returned to Hamo on Friday 28 July.  It touched down from Melbourne (Moorabbin) and Essendon.