After departing the area in April, the RACQ-Capricorn Helicopter Rescue Service (CHRS) (Babcock Mission Critical Services Australasia) Bell 412EP VH-EPR has returned to Rockhampton Airport on Friday 21 July.  It was noted touching down from Coffs Harbour and the Sunshine Coast. 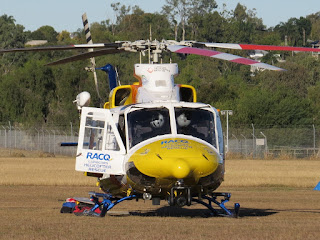 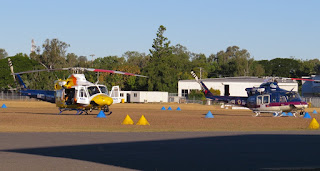 On Monday 24 July, VH-EPR was noted returning to service with Cap Rescue, completing a med-evac flight to Woorabinda and back to Rockhampton Base Hospital as "Rescue 300".

Finally, construction of the RACQ-Capricorn Helicopter Rescue Service's new $4.7 million facility which will house both the services primary and backup rescue helicopters with additional room for future expansion is progressing well with hangar doors added over the last week or so. 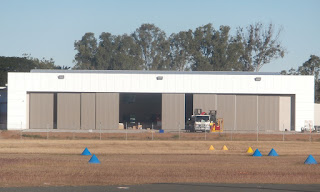 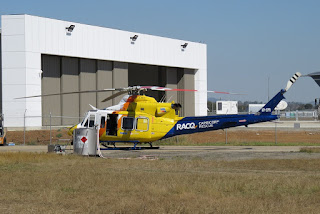