We mentioned below that as a part of the joint Military Exercise Talisman Saber 2017 (TS17) an interesting capability of the Australian Defence Force was captured by local plane spotters at Rockhampton Airport over the weekend with a Royal Australian Air Force (RAAF) Lockheed C-130J Hercules providing fuel of a pair of Australian Army Sikorsky Blackhawk helicopters in a Forward Arming and Refuelling Points (FARP) Exercise. 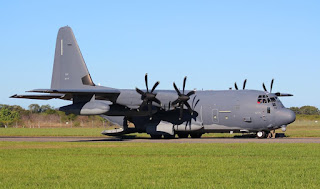 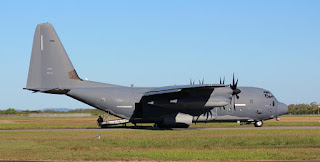 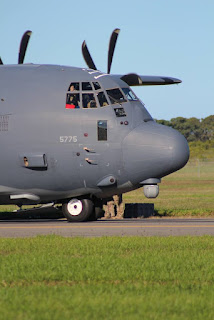 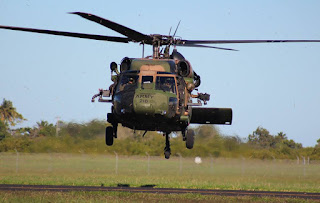 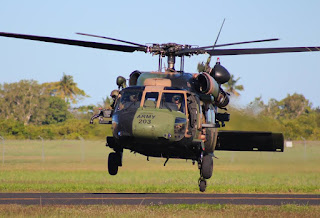 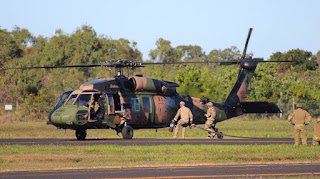 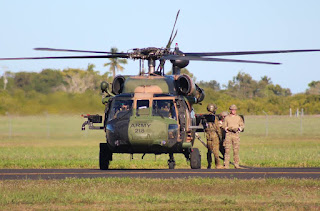 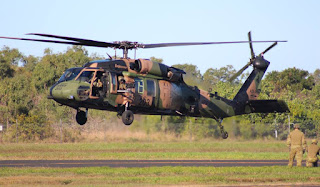 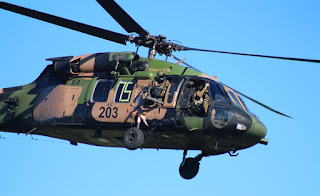 The USAF Herc 13-5775 also landed at Mackay Airport from Rocky ans parked on the new Taxiway 'Lima' - formerly the cross-Runway 05/23.  From there the five Blackhawks were refuelled before they looked to continue further North to Townsville.

With the job done, 13-5775 returned to Rockhampton Airport.

Certainly an interesting part of the Exercise and we sincerely thank the Mackay Plane Spotters for taking the time capture and send through these very interesting photos!